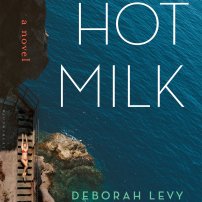 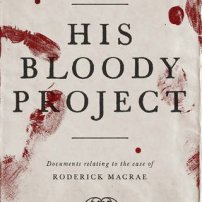 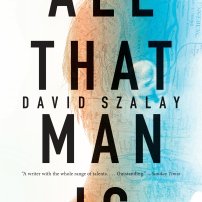 Combined our shadow panel of 5 judges managed to read all 13 books. We rated all the books on the following criteria: 1) writing quality; 2) originality; 3) character development; 4) plot development; and 5) enjoyment. Unlike some of the other shadow panels and reviewers out there (you should read the (Wo)man Booker shadow panel reviews if you haven’t already done so), our consensus about the list was that it was pretty strong.  Keep reading to find out how each book was ranked and which books we predict will make the list.

Based on our overall combined ratings, the first 6 books would make our shortlist if we were the Man Booker judges. We’ve given each judge the opportunity to share their thoughts and predictions for the shortlist.

Jen’s Predictions: I read all 13 books on the list and the effort nearly killed me. I have seen a few people complain about the longlist books this year but I found the list to be pretty strong and I liked most of the books  – a first for me! Reading the books on the longlist, I laughed, I cried, I felt repulsed, and I felt anger and indignation. There were only 3 books on the list that I didn’t think were particularly strong. I will say that in terms of diversity (of author and race/ethnicity of characters), the list was lacking and that was disappointing.

Below are the books I think will make the shortlist. I’m feeling pretty confident about my first 3 selections and one of those is my pick to win the entire thing. In fact I am unusually confident about which book I think will win it all. To me, there is one book that stands out over all the others. If that book fails to win, I will be shocked. I think either My Name is Lucy Barton or Hot Milk will make it, but not both and my bet is on Hot Milk. I’m much less confident about my final two on my list. I’d like to see The Many make it, but I don’t think it will (but if it does, I’ll do a happy dance). I’m least confident about Work Like Any Other. I really enjoyed it and it’s a solid literary fiction novel but I’m not sure it’s special/unique enough to make the list.

Book Worm’s predictions: Like Jen I managed to read all the books on the long list and I agree it is a strong list this  year. I liked the way less well known writers were chosen as it gave me the push to read books I otherwise would not have read. The first 4 books in my list are my favourites and I hope they will make it through. I selected the last 2 by trying to predict how the judges will think:

Nicole’s predictions: This was an interesting list of books, and I managed to read 8 in the time we had.  I saw a lot of darkness and griminess in the list, which I’m generally a big fan of but there were some misses for me in that regard – just not my kind of darkness I guess (e.g., The North Water, and to some degree His Bloody Project which I started first and still haven’t finished, so that tells you something.).

My picks for shortlist:

The Sellout – Paul Beatty
Hot Milk – Deborah Levy
Work Like Any Other – Virginia Reeves
My Name is Lucy Barton – Elizabeth Strout (this might just be hope, I don’t think it has a chance of winning.)
Hystopia – David Means

Since I only read 8, I’m not going to pick another, though based on the reviews I’d guess that Do Not Say We Have Nothing is also going to make the list.

Andrew’s predictions: I only made it through four books so I’m the least qualified of the panel to predict the shortlist. I loved The Sellout and think it gets a nod due to the quality of Beatty’s writing and the subject matter (American race relations are hot these days!). I’d love to see The Many make it, but ultimately it feels a little to “lightweight” to make the cut. And if The North Water and/or All That Man Is makes it then I really have no idea what the Man Booker people are looking for in a book. So my picks based on others reviews as well as what I read:

The Sellout – Paul Beatty
Hot Milk – Deborah Levy
Work Like Any Other – Virginia Reeves
Do Not Say We Have Nothing – Madeline Thien
And what the hell, I’ll throw The Many in here as well.

Kate’s Predictions: I read eight of the thirteen and I suspect that based on other team member’s reviews that there will be at least two on the shortlist that I have not read. I enjoyed The Sellout the most followed closely by Hot Milk. I thought that My Name is Lucy Barton was terrific but like Jen believe that it will be edged out by Levy’s work.  I also predict that Hystopia will make the short list for its well executed unique structure.  I’m torn between The Many and His Bloody Project for my long shot picks but I’m going to go with His Bloody Project because even though I didn’t rate it that highly initially it has stuck in my head longer than many of the others.

So there you have it — our list of predictions which are surprisingly consistent despite the fact that we often rate books differently. The winner will be announced on October 25th. Over the next month we’ll feature a little more about each of the shortlisted books and we’ll be back to make our predictions for overall winner in mid-october.

We want to hear from you! What did you think of the list? Which books do you think will make the list?

Want to check out some other predictions? Check out a few of our favorites here:
Shelf Love: (Wo)Man Booker panel predictions. Make sure you check out their individual predictions
Booker Talk: Not so much a prediction list but her interesting thoughts on some of the books. Worth reading.
Jo’s Blog: shortlist predictions