Happy Halloween! I’m a bit of a whimp when it comes to reading horror or scary books so this year I was pleased with the book Book Worm and I selected for our Halloween read: Midwich Cuckoos. Check out what we thought of the book and scroll down to see my top ten list of Halloween reads.  END_OF_DOCUMENT_TOKEN_TO_BE_REPLACED

And the winner is…

The 2016 Man Booker Award winner was announced this today. Yesterday our panel made final predictions and we were pretty evenly split between The Sellout and Do Not Say you Have Nothing with Thien’s book having a slight edge. And the prize went to…

Paul Beatty is the first US author to win the Man Booker!

We want to hear from you! What do you think of the judges’ decision? Do you think the book deserves to win the prize? If not, which book should have won?

The time has come for our panel of judges to predict the final winner of the Man Booker 2016 Prize. Tomorrow the finalist will be announced. Here’s who we think will take home the final prize… END_OF_DOCUMENT_TOKEN_TO_BE_REPLACED 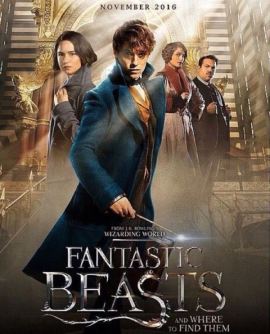 Hello fellow readers and welcome to the 9th hour of the Readathon! We are really excited to be hosting our very first mini challenge. For those of you new to our blog, we hope you take the chance to check it out and if you like what you see follow us here, twitter, Facebook, or Instagram!

As book lovers, we know that the book is always better than the movie and we’ve probably all been baffled at some of Hollywood’s choices when it comes to casting our favorite book characters (um, Demi Moore as Hester in the Scarlet letter anyone??). Well now it’s up to you to correct Hollywood’s mistakes. We’re calling all armchair casting directors and asking you to list who you would cast for your book.

The challenge: Tell us (in the comments section of this post) which book you are currently reading and give us your casting choices for the book’s main characters. Tell us who you cast, for what role, and why they fit the role. If you are reading a book that has already been made into a movie, re-cast it with different actors. We will randomly select a winner from among all entries.

The prize: Your choice of $15 Amazon or Book Depository gift certificate and a $15 gift card to AMC. Please note that if the winner is an international (outside the US) reader then the prize will be a $30 Amazon gift card since AMC gift cards are only redeemable at movie theaters in the U.S. I’ll contact the winner within a few hours of the close of the mini challenge.

We can’t wait to see what you all come up with for your casting decisions. Thanks for stopping by and happy reading for the rest of the day!

Winner: And the randomly selected winner for this challenge is…Stormi Johnson. Congrats! I will be contacting you over email to arrange your prize.

2016 Man Booker Shortlist: All that Man is by David Szalay 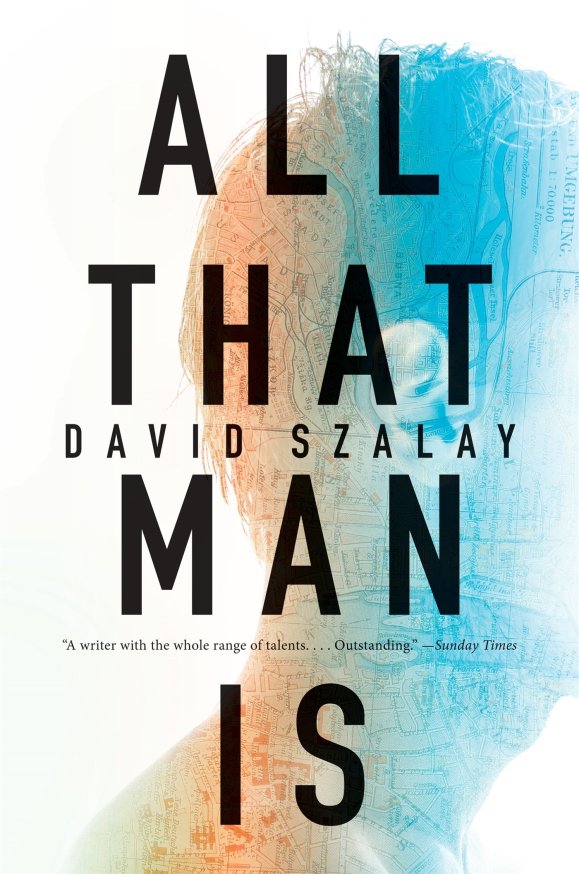 Our final shortlist book is All star Man is by David Szalay. Four of our panelists read this book. Read what we think of its odds of winning the prize. This Monday we will each make our final predictions for the winner.

Amazon Synopsis: Nine men. Each of them at a different stage in life, each of them away from home, and each of them striving–in the suburbs of Prague, in an overdeveloped Alpine village, beside a Belgian motorway, in a dingy Cyprus hotel–to understand what it means to be alive, here and now. Tracing a dramatic arc from the spring of youth to the winter of old age, the ostensibly separate narratives of All That Man Is aggregate into a picture of a single shared existence, a picture that interrogates the state of modern manhood while bringing to life, unforgettably, the physical and emotional terrain of an increasingly globalized Europe. And so these nine lives form an ingenious and new kind of novel, in which David Szalay expertly plots a dark predicament for the twenty-first-century man.

Dark and disturbing, but also often wickedly and uproariously comic, All That Man Is is notable for the acute psychological penetration Szalay brings to bear on his characters, from the working-class ex-grunt to the pompous college student, the middle-aged loser to the Russian oligarch. Steadily and mercilessly, as this brilliantly conceived book progresses, the protagonist at the center of each chapter is older than the last one, it gets colder out, and All That Man Is gathers exquisite power. Szalay is a writer of supreme gifts–a master of a new kind of realism that vibrates with detail, intelligence, relevance, and devastating pathos.

Jen’s Thoughts: By far my least favorite book on the longlist in terms of content.
Why it could win: It’s well written and as much as I disliked it, I can’t deny that Szalay is a talented writer. David Szalay is a darling of literary critics. The book recently won the Gordon Burn award for being a work that “subtly changes the way you look at the contemporary world.” Clearly professional reviewers like it more than I did.
Why it might not win: It’s not really a novel but rather a short story collection. I personally didn’t think it was a particularly nuanced or complex analysis of modern day masculinity. I found the stories to be repetitive and overly gloomy in an unrealistic way.

Book Worm’s Thoughts: This was my least favourite book on the list and personally it would not have made the shortlist.
Why it could win: Because there is no justice in the world? Because the judges are mad? On a serious note it could win because the way the book shows the stages of a man’s life is actually quite original although very bleak and depressing.
Why it might not win: Because it is bleak, depressing and not representative of all that man is.

Nicole’s Thoughts:  I don’t know if I’m ever going to finish this book, or even if I want to.  I don’t dislike it, but it’s not inspiring.  I really like the travel aspect of it, and it’s interesting because I’m a travel person so that’s much more inspiring to me than the musical nature of Do Not Say We Have Nothing – so maybe I’m just a super self-centered reader
Why it could win: 1.  To irritate this panel 🙂  2.  Some perceived depth?  3.  Perhaps the characters are particularly relatable to the men on the panel.
Why it might not win: I thought most of the Longlist books I read were better than this, so I’m not quite sure what was seen in it to begin with.

Kate’s Thoughts: Didn’t read it. Didn’t want to.
Why it could win: Men like books about men?
Why it might not win: There are better books on the list?

Andrew’s thoughts – I did not care for this book at all.  I found it to be a stereotypically myopic view of masculinity that suggested sexual desirability and status were the two things that motivated and defined modern man.  Despite Donald Trump’s popularity, I’d like to think that isn’t true.
Why it could win: It somehow made the short list so someone must have liked it.  The writing is superb if you enjoy short, declarative sentences (which I do) and the conceit of viewing life through a series of vignettes depicting different men at progressive stages of life is interesting.
Why it might not win: Is this a novel or a collection of short stories?  Either way, this is a bleak, depressing book that proved to be an unenjoyable read.

We want to hear from you. Have you read it? What did you think? Do you think it will win the 2016 Man Booker?

This saturday October 22nd is Dewey’s 24-hour Readathon and I’m are excited! We’ll even be hosting a mini-challenge here on the blog during hour 9 of the readathon. This is my second readathon and I’ve been  spending the last few weeks preparing. Book Worm unfortunately has family plans so won’t be participating this year but hopes to join in next time.

Last time I did a poor job of preparing. I didn’t make any plans to get private reading time and my 5-year old wasn’t too excited about giving me sustained reading time. I also didn’t make any kind of reading list and ended up picking House of Leaves as my first book (a poor choice). This time around I’ve planned ahead. My husband and daughter have plans most of the day outside of the house and I’ve prepped a stack of books with enough variety to keep things interesting. Here’s my current readathon stack… 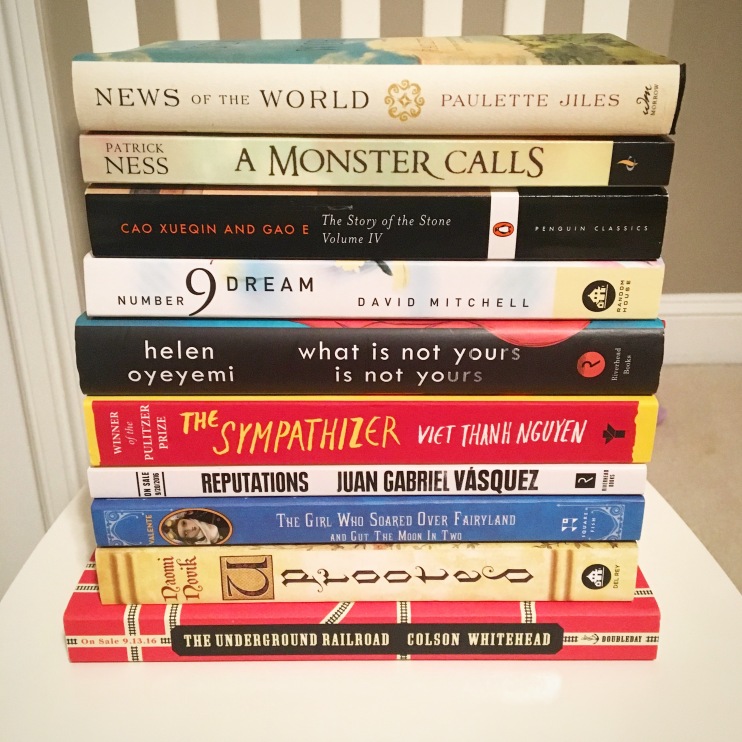 I hope that many of you join me this saturday because it’s a lot of fun to see familiar faces and check in with people. For me the reading is fun but the social interaction with other readers is probably my favorite part. I’ll be posting most of my updates on Twitter and Instagram rather than this blog. As I mentioned above, we’ll also be hosting a mini challenge in hour 9 (4pm EDT) and we hope you stop by for the chance to win a cool prize. I’ll also be co-moderating two hours (4-5pm EDT) over at goodreads and I’d love to hear from you over there too.

There’s still time to sign up and I highly recommend it. There are mini-challenges every hour, prizes, social interaction, book discussions, and so much more. You can sign up and read more about it here.

We want to hear from you! Will you be participating on saturday? Which books do you want to read? What are your readathon goals?

Next up on our list of 2016 Man Booker candidates is Eileen by Ottessa Moshfegh. Only three of us read this book. Here are our thoughts about whether it will win. Do you think Eileen will take the prize? END_OF_DOCUMENT_TOKEN_TO_BE_REPLACED

2016 Man Booker Shortlist: Do Not Say We Have Nothing by Madeline Thien 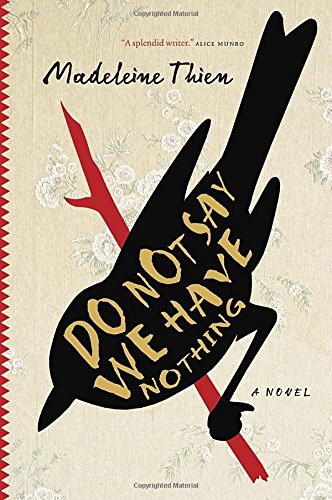 Our next contender is a book that our panel were really split on in terms of odds for winning the prize. Four of our judges read the book. Here is what we each thought. END_OF_DOCUMENT_TOKEN_TO_BE_REPLACED 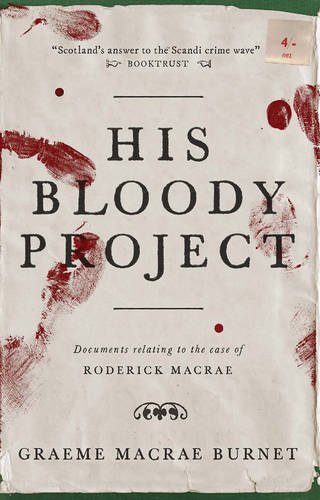 Four of us read this next shortlist book: His Bloody Project by Graeme Macrae Burnet. Kate was the only one to correctly predict that it would make the shortlist. Check out what we think of the odds that this book will win the whole thing.  END_OF_DOCUMENT_TOKEN_TO_BE_REPLACED

This summer several of our readers joined us in a reading challenge based on the Summer Olympics. Readers were put into teams of 5 participants and each team worked together to select countries for each Olympic event. Olympic events were paired up with book categories. For example, weightlifting event was paired with “read a book over 600 pages.” There were 24 events and each team had to find books that would match the country they sponsored and the book category. It was a pretty work intensive challenge and Book Worm and I were impressed by how well each team did in terms of selecting their countries and finding books that matched both the country and the sports/book category. Four of the five teams completed all 24 categories and stretched their reading to find some crazy matches — a Kazakhstan philosophy-themed book! Today it’s time to announce the winners of our various prizes. END_OF_DOCUMENT_TOKEN_TO_BE_REPLACED