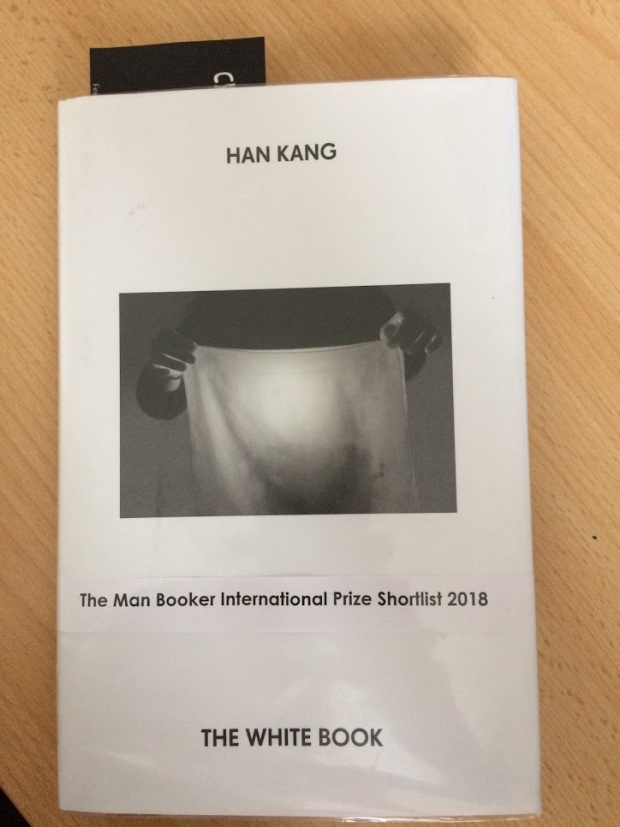 Second on my list is a novel from South Korea: The White Book by Han Kang.

Synopsis from Foyles: From the winner of the Man Booker International Prize for The Vegetarian. Both the most autobiographical and the most experimental book to date from South Korean master Han Kang. Written while on a writer’s residency in Warsaw, a city palpably scarred by the violence of the past, the narrator finds herself haunted by the story of her older sister, who died a mere two hours after birth. A fragmented exploration of white things – the swaddling bands that were also her shroud, the breast milk she did not live to drink, the blank page on which the narrator herself attempts to reconstruct the story – unfold in a powerfully poetic distillation. As she walks the unfamiliar, snow-streaked streets, lined by buildings formerly obliterated in the Second World War, their identities blur and overlap as the narrator wonders, ‘Can I give this life to you?’. The White Book is a book like no other. It is a meditation on a colour, on the tenacity and fragility of the human spirit, and our attempts to graft new life from the ashes of destruction.

Book Worm’s Thoughts:  This is beautifully written and poetic, but for a book with a central theme of grief, it failed to move me. I didn’t feel connected to the narrator and I think that is because it is not a character driven narrative but rather little vignettes or poems.

In terms of originality, I wholeheartedly agree that this book is original. The author writes the chapters based around something that is white in colour, and using these white objects, manages to link each chapter to form a progression of sorts.

I was annoyed by the amount of white paper in the book. Almost every other page is blank and the pages that do have writing are only half filled. I understand that this is highly symbolic and for some people it will add to the narrative.  I, however, spent most of the book thinking about the number of trees could have been saved by printing on each page. Here are my ratings using the same criteria we’ve used for past Man Booker reviews.