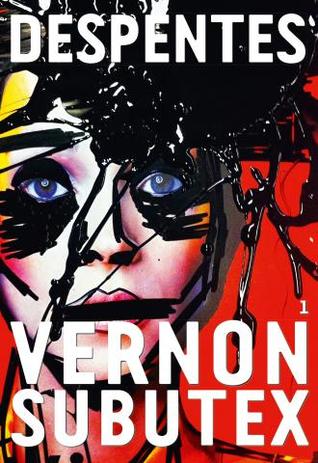 Well it’s that time of year again when I tried to read all the Man Booker International Short List books before the winner was announced and failed miserably. I have only managed to get hold of half the list from the library and that doesn’t even include the book that actually won. However, in the interest of science, I do intend to read all the books as soon as I can so I can see if I agree with the verdict.

Synopsis from Amazon:
WHO IS VERNON SUBUTEX?
An urban legend.
A fall from grace.
The mirror who reflects us all.

Vernon Subutex was once the proprietor of Revolver, an infamous music shop in Bastille. His legend spread throughout Paris. But by the 2000s his shop is struggling. With his savings gone, his unemployment benefit cut, and the friend who had been covering his rent suddenly dead, Vernon Subutex finds himself down and out on the Paris streets.

Book Worm’s Thoughts: From the description and the cover I didn’t expect to enjoy this book but from the moment I started reading I was sucked into Vernon’s increasingly strange world.

This book provides a social commentary on today’s France and a gives a broader look at the world in general. There is a rainbow cast of characters from every walk of life and I loved the diversity. The book is written from multiple perspectives and not all of them are pleasant. What makes this such an interesting read is that Despentes writes each character as if she believes what they believe. There was not an overriding political message from the author and I found that refreshing. Despentes tackles serious issues such as domestic abuse, treatment of the homeless, the refuge crisis, the dangers of the internet, and how changes in technology aren’t always good for everyone.

This is a very well-written book. Some of the sentences had me laughing out loud, some made me really angry, and some were just beautiful.

As this is book 1 in a series it is hard to judge character development but we do get to see how Vernon is progressing on his downward spiral. Certain characters have cropped up in more than one section so we can make an educated guess that they will be important in later books. There is the same issue in terms of plot. It is hard to judge based just on one book, but so far the plot has captivated me. I love the way everyone is hunting Vernon and Vernon is just bumming around not realising the furor he has caused. I would sum the plot up as a treasure hunt with Vernon being the prize.