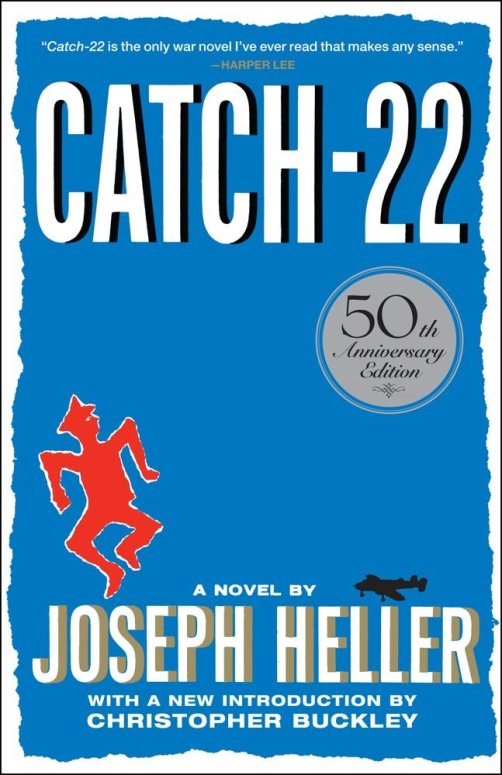 There is no such thing as a universally loved book. Each month, we’ll feature a book from Time’s list of the best 100 English language novels of all time. From the nasty to the snarky to the downright absurd, we’ll highlight some of the strange reasons why some people hate these great reads. This month we’ll be taking a look at reviews for Catch-22 by Joseph Heller.

Catch-22 by Joseph Heller was published in 1961 and it is considered to be one of the greatest literary works of the 20th century. The title has since become a commonly-used phrase, referring to an unsolvable logic puzzle. Modern Library ranks it as 7th greatest English-language novel and it is listed on numerous best of lists including from Time, BBC, The Observer, 1001 list, and more. I personally loved the book and feel somewhat bitter toward these reviews.

The book has 1,631 customer reviews on Amazon. The average rating was 4.3 stars and 6% were 1 star reviews. Quite a few people who gave it 1-star ratings didn’t seem to understand the book was satire. Here’s a sampling of 1-star reviews (my comments in blue):

NOTE: I did not edit for grammar or spelling. All reviews were copied exactly as posted on Amazon. You can read all 1-star reviews here.

We want to hear from you? Did you read this book? What did you think?

Coming up next month: The Grapes of Wrath.

Want to read more? You can check out our past Terrible Reviews of Great Books: