Read around the World: Canada 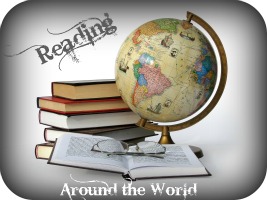 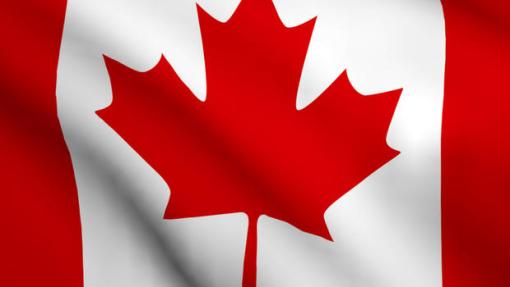 We are starting off our book tour of the world in Canada. Here are some fun facts about Canada (feel free to add your own facts in the comments section):

Book Selected: Surfacing by Margaret Atwood Reason selected:  Margaret Atwood is one of the most famous of Canadian writers and that’s saying a lot for a country that has produced many top writers. Born in Ottawa in 1939, she is a poet, novelist, literary critic, and environmental activist. Her books have been short-listed for the Booker Prize five times and she has been very active in promoting the work of Canada’s authors (e.g., founding the Writer’s Trust of Canada). Surfacing is her second published novel and it not only takes place in Canada (Quebec), but also focuses on issues of National identity. In addition, it’s one of the 1001 books to read before you die books.

Make sure you scroll all the way to the end of this post so you can see some photos of Northern Quebec (the setting of the the book). You can also check out this link to see beautiful photos I found online of photographer’s cycling trip through Northern Quebec.

Synopsis (from book jacket): Part detective novel, part psychological thriller, Surfacing is the story of a talented woman artist who goes in search of her missing father on a remote island in northern Quebec. Setting out with her lover and another young couple, she soon finds herself captivated by the isolated setting, where a marriage begins to fall apart, violence and death lurk just beneath the surface, and sex becomes a catalyst for conflict and dangerous choices. Surfacing is a work permeated with an aura of suspense, complex with layered meanings, and written in brilliant, diamond-sharp prose. Here is a rich mine of ideas from an extraordinary writer about contemporary life and nature, families and marriage, and about women fragmented… and becoming whole.

I found this a difficult book to rate as I really enjoyed the first half and then didn’t enjoy the second.

After an absence from home and family, the narrator is called back to the remote island in Quebec where she spent a lot of her childhood and where her father has disappeared. She brings with her, her lover Joe and her married friends Anna and David largely because she needs their car to get there. Once she has returned to Quebec the narrator begins to remember her childhood and various instances that took place there, she also begins to question the nature of her father’s disappearance. Initially the friends are only going to stay a few days however they decide to extend this trip to a week. Atwood builds the tension as in a lonely, isolated environment the defenses and facades of the normal everyday world wear down and the real people are revealed.

What I liked: the descriptions of the Canadian wilderness, the way the narrator, a woman, is the only one of the group equipped for survival in this landscape, and the way everything is not what it seems.

What I didn’t like the way: the narrator behaves at the end of the novel for me it took something away from the story that had gone before.

Jen’s Review
★★★
Like Book Worm, I have a hard time rating this book.  The novel is broken into 3 parts and I had different reactions to each section. Part 1 is filled with rich descriptions of the wilderness and the tone, while dark, is engaging and kept me intrigued. This was the second novel she wrote after having already published many poems and in many ways the writing in this book has a poetry feel. I loved the first part and was close to a 5-star rating. The second half felt somewhat dated and heavy handed with regard to issues of gender. Atwood is clearly a feminist author and gender issues permeate her writing. Over time, her novels have matured in their messaging related to women’s issues and feminism and I much prefer her later works.

Surfacing was published in 1972 and its feminist message feels over-the-top for a modern reader (although important at the time it was published). Some of the characters felt cartoonish to me and the descriptions of sexuality and gender felt over the top. For example, the female narrator/protagonist was complex and deep whereas the other characters seemed to be stereotypes. The men are portrayed in negative ways (the seducer, controlling, unemotional, etc).

The book does raise some interesting questions about both national identity and gender identity. There is tension created between the locals and the “Americans” who are perceived as tourists with little appreciation for nature, and Atwood resolves this tension in an interesting way. Time seemed somewhat fluid throughout the novel and I enjoyed how past events weaved into present events. I also thought that Atwood did a good job outlining the mental processes of a confused and unbalanced woman who struggles to find her true self. The writing changes over the course of the novel to reflect the narrator’s mental state in a way that I found clever. In sum, it was an interesting book and one that was hard to rate. I loved parts and disliked other parts. The descriptions of the wilderness were beautiful. Keep in mind that the book is dated and if you have a hard time with very heavy-handed 1970s feminism, you probably will not enjoy this book. My guess is that the target audience (who will most likely enjoy this book) is women who were adolescents or young adults in the early 1970s.

Want to try it for yourself? You can buy it on Amazon here:Surfacing

Share your thoughts: Have you read this book? If so, what did you think? If not, who is your favorite Canadian author? What Canadian books have you read (and enjoyed) lately?

Want to know where are traveling next? Check our Read Around the World section (in the menu tab) in the next couple days to find out where we are headed next and which book. We’d love for you to join us in our reading travels.