Read Around the World: USA 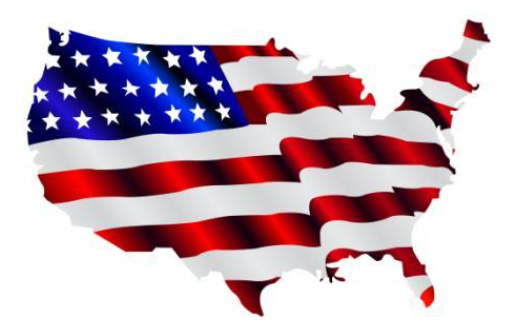 For my visit to the USA I set myself the challenge of reading a “Great American Novel” I had never read before. After reading various lists I decided that Fahrenheit 451 by Ray Bradbury would be my gateway to the USA. I am actually quite shocked I have never read this before as dystopia is one of my favourite genres.

Synopsis from Goodreads: Guy Montag is a fireman. In his world, where television rules and literature is on the brink of extinction, firemen start fires rather than put them out. His job is to destroy the most illegal of commodities, the printed book, along with the houses in which they are hidden.

Montag never questions the destruction and ruin his actions produce, returning each day to his bland life and wife, Mildred, who spends all day with her television ‘family’. But then he meets an eccentric young neighbor, Clarisse, who introduces him to a past where people did not live in fear and to a present where one sees the world through the ideas in books instead of the mindless chatter of television.

When Mildred attempts suicide and Clarisse suddenly disappears, Montag begins to question everything he has ever known.

“And for the first time I realized that a man was behind each one of the books. A man had to think them up. A man had to take a long time to put them down on paper.” Way to go with the sexism there Ray!

I love the justifications used for burning books:

“Coloured people don’t like Little Black Sambo. Burn it. White people don’t feel good about Uncle Tom’s Cabin. Burn it. Someone’s written a book on tobacco and cancer of the lungs? The cigarette people are weeping? Burn the book.”

“Those who don’t build must burn. It’s as old as history and juvenile delinquents”

“Its real beauty is that it destroys responsibility and consequences. A problem gets too burdensome, then into the furnace with it.”

Other readers visited the USA through these books:

Currey on Litsy chose The Nickel Boys by Colson Whitehead and rated it as a pick. She also read Fahrenheit 451 and like me gave it a pick.

RachelO on Litsy chose There There by Tommy Orange this was another pick.

Sprainedbrain on Litsy chose Jubilee by Margaret Walker and it is her favourite book of 2020 so far.

Did you join us for this leg of our tour round the world? If you did what did you read?

Will you be joining us in March when we visit Ireland? What are you planning on reading?