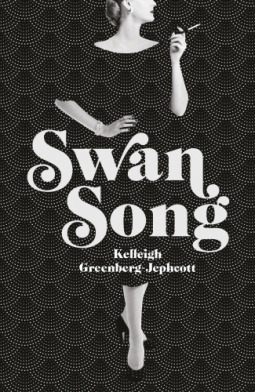 Synopsis from Goodreads: They told him everything.

He told everyone else.

Over countless martini-soaked Manhattan lunches, they shared their deepest secrets and greatest fears. On exclusive yachts sailing the Mediterranean, on private jets streaming towards Jamaica, on Yucatán beaches in secluded bays, they gossiped about sex, power, money, love and fame. They never imagined he would betray them so absolutely.

In the autumn of 1975, after two decades of intimate friendships, Truman Capote detonated a literary grenade, forever rupturing the elite circle he’d worked so hard to infiltrate. Why did he do it, knowing what he stood to lose? Was it to punish them? To make them pay for their manners, money and celebrated names? Or did he simply refuse to believe that they could ever stop loving him? Whatever the motive, one thing remains indisputable: nine years after achieving wild success with In Cold Blood, Capote committed an act of professional and social suicide with his most lethal of weapons . . . Words.

A dazzling debut about the line between gossip and slander, self-creation and self-preservation, SWAN SONG is the tragic story of the literary icon of his age and the beautiful, wealthy, vulnerable women he called his Swans.

‘Writers write. And one can’t be surprised if they write what they know.’

Bookworm’s Thoughts: Having read and appreciated Breakfast at Tiffany’s and In Cold Blood, I saw the blurb for this book and was intrigued.

This is a well research piece of historical fiction which gives possible explanations for what Truman Capote actions told in the voices of the women he betrayed. Each new chapter takes the reader back in time to when these women first met Capote and follows their relationships forward, ending with an examination of why that specific woman, or “Swan,” ended up being targeted in his tell all exposé. As the women are part of a distinct “set,” a lot of the narrative overlaps because key moments are shared by multiple “Swans.” Therefore the reader gets to see the same events from different viewpoints.

We see how Truman Capote goes from lost lonely boy to media darling to social outcast.  He throws away all success on either vengeance or a misguided belief that he is beyond criticism and will be forgiven.

I certainly learnt a lot about Truman Capote from this book. I learnt about his height, his squeaky voice and fittingly for Pride month I learnt he was openly gay and in a long term relationship. It was an interesting book for me because I am: a) too young to remember the original scandal and b) live in a country where this story is not widely known. My reservations about the book are that for anyone old enough to remember the events, the book doesn’t add anything new. It is airing the dirty laundry to a new generation of readers and like the book Capote wanted to write, it is largely a gossipy, tell all story.

Who would like this? I would recommend this to those who don’t remember the original scandal and who have an interest in Truman Capote. I would also recommend it to anyone who like me read the blurb and thought I must read that.

Want to try it for yourself? You can find a copy here: Swan Song