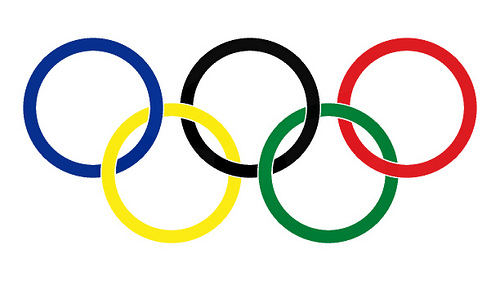 Those of you who are regular followers of our blog know that we’ve been hosting a summer reading challenge based on the 2016 summer Olympics. With only four more days left in the challenge, we thought we’d post an update. Five teams of 5 people have been competing for a chance to win cool bookish prizes. Here’s how things are going…

Each team worked together to pick a list of countries they wanted to sponsor for their reading challenge. Then individual team members worked to read books that fit both the country and the sports category (each of which was paired with a specific book category) Points awarded were based on how well their teams performed in the real summer olympics. So say a team picked the US for the swimming category then if they read a book from the US for that category they would have scored lots of points.

You can see which countries each team picked here. Teams have made some interesting and challenging choices including, a 600+ page book from/based in Georgia, a philosophy/philosophical book from Kazakhstan, a politically themed book from Ukraine, choices including a steampunk book from/based in New Zealand, a legal or court-themed book from Serbia, an anthology from Hungary, a science fiction book from Indonesia, a book featuring animals from the Netherlands, an a Belarus poetry book. With four days left, two teams have completed all categories and the remaining three teams are all very close to completing all their categories. Will they pull it off in the time remaining?

In the lead currently is team 4: Citius, Altius, Fortius. Team members include Sally, Tracy, Kate, Charisma, and Lana. Will they keep their lead or will they be overtaken by another team in the last 4 days?

Here are the prizes that are up for grab…

1. Grand prize: An awesome prize pack of 10 award-winning books & bookish tote bag to the person on the winning team with the highest number of points & $5 amazon gift card to each of the remaining members of the winning team. The winning member will be able to pick out their 10 books from among the winners of the following literary awards: National Book Award, National Book Critics Circle, Pulitzer Prize, PEN/Faulkner Award, Nobel Prize for Literature, Booker Prizes, Caldecott Medal, Commonwealth Writers’ Prize, Hugo Award, Nebula Award, Edgar Allan Poe Awards, or GoodReads Choice Award winners.
2. Consolation prize: $25 Amazon Gift Card to the person on second place team with the highest number of points
3. Overall prize: A personally curated box of bookish goodies (valued at a minimum of $50) for best overall individual performance across all teams. I will select a range of bookish goodies for you based on your answers to some questions.
4. Takes one for the team prize: A literary poster (ships worldwide) of your choice from The Literary Company. Each team will be able to nominate one player from their team who “took one for the team.” This means a team member who volunteered to read a category no one else wanted to read (let’s face it some categories are tough) or someone who helped the team complete all categories. The winner will be selected randomly from among the 5 nominees.

Stay tuned for our next challenge. We’ll be hosting another big multi-month challenge over the winter!

Like Loading...
Tags: books, challenge
From: Challenge
← The Valley of Amazement by Amy Tan
Non 1001 Book Review: The Atomic Weight of Love Elizabeth Church →
No comments yet