Read Around the World: Israel 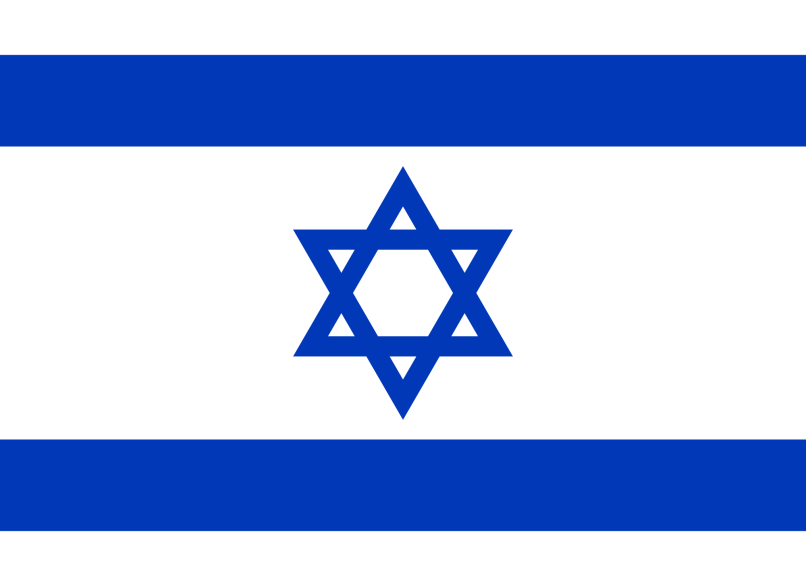 It’s been a while since we’ve done a read around the world post. Our next stop in our world tour of reading is Israel. Keep reading to see which book we picked and which other Israeli literature we recommend. Scroll to the bottom to see photos from our contributor, Nicole’s recent trip to Israel. 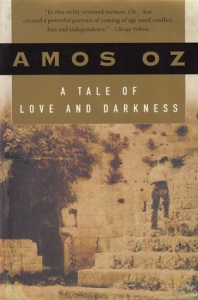 Reason selected: Israel is one of those countries that has yielded such great literature that it is hard to pick one book to for our world reading tour. Book Worm and I ultimately selected A Tale of Love and Darkness because Amos Oz is one of Israel’s most well-known contemporary authors (and I happen to be obsessed with his beautiful writing). This particular book is especially fitting because it tackles such a wide variety of themes specific to Israel including literature, politics, religion, and family.

Synopsis from Goodreads: Winner of the National Jewish Book Award International Bestseller “[An] ingenious work that circles around the rise of a state, the tragic destiny of a mother, a boy’s creation of a new self.” — The New Yorker A family saga and a magical self-portrait of a writer who witnessed the birth of a nation and lived through its turbulent history. A Tale of Love and Darkness is the story of a boy who grows up in war-torn Jerusalem, in a small apartment crowded with books in twelve languages and relatives speaking nearly as many. The story of an adolescent whose life has been changed forever by his mother’s suicide. The story of a man who leaves the constraints of his family and community to join a kibbutz, change his name, marry, have children. The story of a writer who becomes an active participant in the political life of his nation.

Book Worm’s Thoughts: 3 stars. Despite its critical acclaim I found the book to be very slow moving and detached. For me there was too much detail about academic achievements and not enough detail about the major events occurring in the world outside of the family. Even when writing about his mother’s illness and the effect it had on his childhood the author remains detached. I felt no emotional connection with him or his writing.

That said there are moments I enjoyed, moments that made me smile, vignettes that conjured pictures in my mind and events that made me realize how little I actually know about that time and place. Reading this has made me want to learn more so the book has had a positive impact.

Jen’s Thoughts: 4 stars. Unlike Book Worm, I didn’t find this book dull or detached at all. I love Amos Oz’s writing and Black Box is one of my few 5-star reads. I will acknowledge that this book was fairly slow paced but that wasn’t a bad thing. It allows you to reflect on the complexity of themes that Oz raises in the book. It is much more than an autobiography. It covers Israeli history and the role of various historical and political events on the inner lives of the author and his family members. I found the book filled to the brim with quiet emotion and I felt a connection to many of the people in the book.

Want to try it for yourself? You can find a copy here: A Tale of Love and Darkness

Other recommendations for Israeli literature: Hebrew was revived as a spoken language in the late 19th century and was adopted as the official language of Israel in the 20th century. Jewish literature has been written in a number other languages including Greek, Aramaic, Arabic, and Judeo-Spanish. Early Hebrew literature was largely biblical or religious (the Old Testament, the Hymns of Thanksgiving, Talmudic literature, etc.) with poetry preceding prose. In the Middle ages, Hebrew literature began to spread through Europe.

After World War II and the Arab-Israeli war of 1948-1949, literature from Palestinian-born writers became more prominent. Much of these writings focused on the problems of new immigrants and the annihilation of European Jews. Native Israeli prose writers also wrote about their lives in the kibbutz, the underground, and the war of 1948-1949. S. Yizhar and Moshe Shamir became representatives of prose and Yehuda Amichai and Haim Gouri were well known poets.

Prose writers who began publishing literature in the 1950s and 1960s were referred to as the New Wave and their works often focused on the contemporary Jewish life. Writers included among the New Wave are Shimon Ballas, A.B. Yehoshua, Ya’akov Shabtai, and Amos Oz.

In the 1980s and 1980 a new generation of writers began to emerge that included Yehoshu’a Kenaz and David Grossmen. In the last decades of the 20th century, Israeli literature began incorporating a wide variety of themes and styles, many influenced by American culture. Women writers also began to emerge including Judith Katzir, Ednah Mazya, and Orly Castel-Blook.

I (Jen) personally recommend Black Box by Amos Oz and To the End of the Land by David Grossman. Here are some additional books that are worth checking out (I have not read them):
A Guest for the Night by S.Y. Agnon
Only Yesterday by S.Y. Agnon (considered his finest work)
Badenheim by Aharon Appelfeld
The Last Jew by Yoram Kaniuk
Mr. Mani by A.B. Yehoshua
Sea Under Love by David Grossman
Persian Brides by Dorit Rabinyan

Contributor Nicole was kind enough to share some of her beautiful photos from her recent trip to Israel. She wrote a blog post about this trip linked to Geraldine Brook’s The Secret Chord. You can read that post here. Check out the photos below.

We want to hear from you! What books do you recommend to represent Israel – either by Israeli authors or set in Israel?