In Love and War by Alex Preston 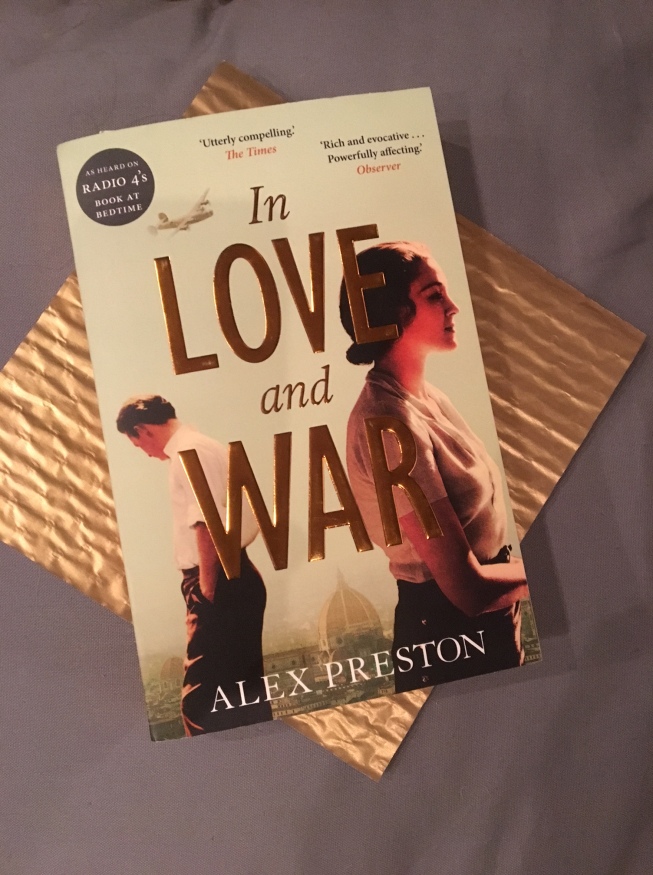 In Love and War by Alex Preston
First Published in: 2014. Released in paperback tomorrow
Reviewed by: Jen
Rating: 3.75/5 stars
Find it/buy it here: In Love and War

Disclaimer: I received a copy of this book from Faber & Faber in exchange for my honest review.

In Love and War is Alex Preston’s third novel. Set in Florence, Italy in the 1930s and 40s, it is an epic tale of love and war. Esmond is a young Englishman who has been sent to Florence, in part to escape scandal he brought on his family in England, but primarily to strengthen relationships between the British Union of Fascists and Mussolini’s government. His primary responsibility is to set up a radio station that will promote fascist ideals and highlight important cultural works from Italy. When Esmond arrives in Florence he meets an interesting cast of characters (many of them real historical people like Norman Douglas) who ultimately challenge his original viewpoints and political stance. END_OF_DOCUMENT_TOKEN_TO_BE_REPLACED