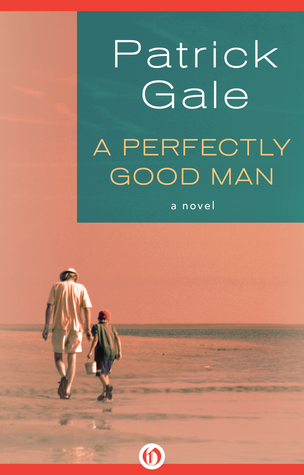 Set  in the heart of Cornwall, A Perfectly Good Man is a novel about faith, morality, and what it means to live a good life. The protagonist, Barnaby Johnson is a parish priest who is summoned to the home of a paralyzed young man named Lenny. When he arrives, he learns that he wasn’t called to provide comfort but rather to witness and provide last rites for Lenny who ingested poison while the priest was in his home. Barnaby witnesses the young man die, helpless to do anything other than pray for him. Lenny’s death has impacts for the whole community and Gale draws in various characters to highlight these far-reaching effects.

The novel is told in a nonlinear style with chapters centering around various stages of Barnaby’s life and the final chapter in the book takes place when Barnaby was a child. Barnaby is not a perfect man. He has moments of weakness, crisis, and doubt. Yet despite these moments, he is a good man (hence the title).  The nonlinear style is clever in building up suspense and providing a few moments of shock when the reader realizes how some of the pieces of his life come together. The emotional impact of various events only gain true meaning when certain facts are revealed in later chapters.

I had never read anything by Patrick Gale prior to this book. The publishing house contacted requesting a review stating that they thought I might like it because I had indicated preference for Colm Toibin’s work. There were definitely some similarities in style between the two authors and there is no question that Gale is a supremely talented writer. I enjoyed many things about the book including the writing style, the non-linear style, and the rich character development. The book is heavy on the religious themes — the main character is a priest after all. It’s certainly not heavy-handed or preachy and in fact the major conflict in the novel is a crisis of faith. However, the author has something to say about the power of prayer. I am not a religious person and I don’t particularly care for books with heavy Christian themes. In fact, I explicitly state (on our review page) that I won’t take requests for Christian fiction. I wouldn’t classify this as Christian fiction but it is an exploration of faith: faith tested and faith restored. So it’s a testament that I actually enjoyed it as much as I did.

This book will appeal to those who like beautifully constructed novels that tackle questions of faith. It is a heartfelt novel that is emotionally engaging and interesting. It will also appeal to those who enjoy reading books about ordinary people living in small towns.

Have you read this book? What did you think? Does it appeal to you? Why or why not? Have you read others by Patrick Gale?