Love it or Hate it? The World According to Garp 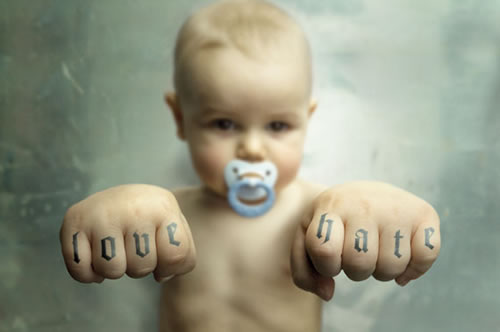 Have you ever noticed how some books seem to drive a wedge between people? You check the reviews and find almost no middle-of-the-road ratings. Instead people either seem to love it or hate it. Well, welcome to the Love it or Hate it post category! Each month, we’ll pick one book to review and two contributors will battle it out to convince you to pick it up or throw it out. Last time we discussed The Elegance of the Hedgehog. The “Love its” won with 57% of the vote. Many thanks to our reviewers. Linda was our Love it Reviewer and Cindy was our Hate it Reviewer.

This month’s selection is The World According to Garp by John Irving. It is another book that is on Boxall’s 1001 List of Books to Read Before you Die. So the question is… do you Love it or Hate it? Continue reading to find see our two reviews. 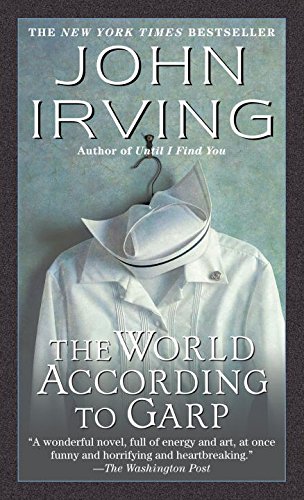 Synopsis (from Goodreads): This is the life and times of T. S. Garp, the bastard son of Jenny Fields–a feminist leader ahead of her times. This is the life and death of a famous mother and her almost-famous son; theirs is a world of sexual extremes–even of sexual assassinations. It is a novel rich with “lunacy and sorrow”; yet the dark, violent events of the story do not undermine a comedy both ribald and robust. In more than thirty languages, in more than forty countries–with more than ten million copies in print–this novel provides almost cheerful, even hilarious evidence of its famous last line: “In the world according to Garp, we are all terminal cases.”

Hate it (Reviewer A): About 10 years ago, I picked up “The World According to Garp” at the urging of my future wife. I’d had some bad experiences with John Irving, but she claimed “Garp” was one of her favorite books. Frankly it’s amazing I decided to marry her; liking “Garp” would have been a valid reason for dissolving our relationship. I made it through 200 pages before casting it aside. When asked recently to provide a review of “Garp,” I was determined to give Irving a fair shake and spent the better part of a month plowing through 500 pages of drivel.

Why do I hate this book? First and foremost, Irving’s style is pompous and extraordinarily verbose. Irving is clearly the type of author who’s enamored by the sound of his own voice. He think’s he’s hot shit as a writer and wants you to recognize his brilliance. There’s a certain smarminess that oozes off every page and a cocky self-assuredness that I found repulsive. Anytime an author inserts three short stories, ostensibly written by the main character, into an already bloated novel, you know the author just can’t get enough of himself. What makes it worse is that the three short stories are crap.

Second, the titular character is insufferable. While I don’t need my protagonists to be sympathetic or even likeable, they should at least be entertaining. Garp is probably the least interesting character in a book full of boring, two-dimensional characters. He whines, he cheats on his wife (repeatedly), he lacks any redeeming qualities, seems obsessed with sex (more on that later), and he’s holier-than-thou when his own life is a disaster. Now if Garp were presented as a cautionary tale or as a villain, he would be an acceptable character. But instead, the reader is meant to sympathize with him! Why would I want to spend 500 pages reading about this “heroic” loser and his boring, shitty life?

Now onto the sex. Don’t get excited. It’s not good. Sex in a book should further the plot, give us insight into the characters, or at least raise some emotion in the reader. The sex in this book seems gratuitous, often pointless, and overtly chauvinistic. The sex plays out like one long male fantasy of blowjobs, prostitutes, half-dressed neighbors, rape, and affairs with babysitters. C’mon John. You’re not at Phillips Exeter anymore imagining what sex might be like with your over-privileged schoolmates. Use your imagination. If you’re such a great author, prove it with more imaginative and tender sex scenes. Such misogynistic writing pervades the book including vastly different consequences paid by male and female characters for adultery and an extremely unflattering portrayal of the feminist movement.

The similarities between Garp and Irving are striking and well documented. However, in his author’s introduction, Irving dismisses questions regarding the autobiographical nature of the book and the book’s purpose as not of “compelling interest” to him. He claims, “if it’s a good novel, both the questions and answers are irrelevant.” Well John, the novel sucks. So the question remains, are you as an unimaginative and dull person as Garp or is there more to you?

Love it (Reviewer B): Yeah, I loved it. Funny. Engaging. Tragic. And, above all else, epic.

The World According to Garp is, arguably, a brilliant book within a book. And I don’t just mean the pages of “excerpts” from novels written by its protagonist, T.S. Garp. Instead, Garp’s many flaws ― both personal and professional ― are deftly imbued within the narrative. The constant conflict between over-sexualization and asexuality, the gore, the emphasis on journey over destination; it all makes the reader react to Garp (the book) as he or she would react to Garp (the man).

And then there are the supporting characters who would, in lesser hands, be reduced to cardboard. The mother who goes from nurse to semi-ambivalent feminist icon. The loyal wife whose only mistake is repaid far too harshly. The transsexual ex-football player whose self-doubts extend to most everything except for her transition. The girl without a tongue who teams with the boy without an eye. The nastiest dog this side of Cujo.

All of them weave into Garp’s life ― from birth to death ― which somehow manages to be portrayed as both global and myopic.

There is certainly plenty in The World According to Garp for English lit students to debate, but Garp himself at one point asks why people really need books to be more than just a great story. And in that, the most basic of tests, this book succeeds extraordinarily. Read it because you won’t be able to put it down. Read it because, once it’s over, you won’t stop thinking about it.

What do you think? Vote in our poll and tell is if you love it or hate it. If you haven’t read it, you can vote on whether you want to or not.