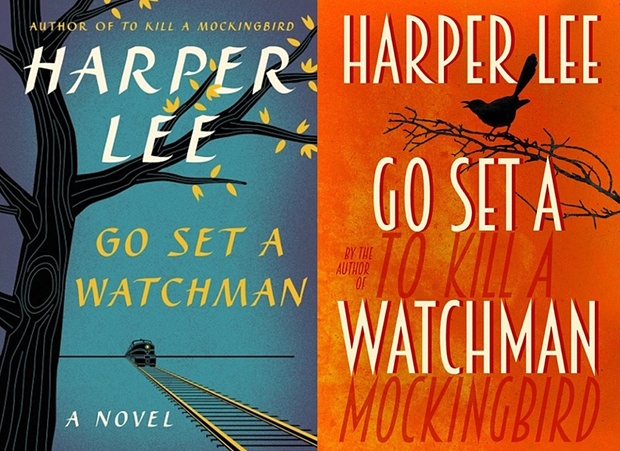 Unless you live under a rock, you’ve probably seen some of the controversy surrounding Go Set a Watchman. The “sequel,” released last week, was actually written prior to To Kill A Mockingbird and focuses on Scout as an adult. Harper Lee’s editor liked the childhood flashbacks in Go Set a Watchman and encouraged Lee to rewrite the book focusing on Scout as a child and, thus, To Kill A Mockingbird was born.

Rumors and speculation abound around the “newer” novel. The timing of the book’s release along with information about Lee’s ability to provide informed consent — a drastic shift in position after years of stating she never wanted to publish again — is shady to say the least. You can read more about that here. Lack of informed consent in publishing is not new. Kafka requested that his works be destroyed after his death and he was clear throughout his lifetime that he did not want them published. In addition to issues surrounding informed consent, other controversy surrounds Harper Lee. Some have said that Harper Lee didn’t really write TKAM but rather that the book was written, at least in part, by her childhood friend Truman Capote. The Wall Street Journal published a story about data miners who analyzed both books and debunked the idea that Capote wrote TKAM.

Rumors aside, was it any good? Keep reading to see our thoughts.

Maycomb, Alabama. Twenty-six-year-old Jean Louise Finch—”Scout”—returns home from New York City to visit her aging father, Atticus. Set against the backdrop of the civil rights tensions and political turmoil that were transforming the South, Jean Louise’s homecoming turns bittersweet when she learns disturbing truths about her close-knit family, the town, and the people dearest to her. Memories from her childhood flood back, and her values and assumptions are thrown into doubt. Featuring many of the iconic characters from To Kill a Mockingbird, Go Set a Watchman perfectly captures a young woman, and a world, in painful yet necessary transition out of the illusions of the past—a journey that can only be guided by one’s own conscience.

Written in the mid-1950s, Go Set a Watchman imparts a fuller, richer understanding and appreciation of Harper Lee. Here is an unforgettable novel of wisdom, humanity, passion, humor, and effortless precision—a profoundly affecting work of art that is both wonderfully evocative of another era and relevant to our own times. It not only confirms the enduring brilliance of To Kill a Mockingbird, but also serves as its essential companion, adding depth, context, and new meaning to an American classic.

Jen’s Review
★★★
This was a difficult book for me to read. To be perfectly honest, I felt like a terrible person for buying the book. I do believe that the circumstances surrounding the book’s publications are questionable at best. I have serious concerns that the people surrounding Lee have exploited her for the opportunity to make a lot of money. But, what kind of book blog would this be if we didn’t review the one book that everyone is talking about?

I first read TKAM as a teenager and loved it. I reread it as an adult a few years ago and also really liked it, albeit less so. You can not go into this book holding onto any sentimentality about your favorite characters. Go Set a Watchman is largely about disillusionment whereas TKAM was about hope and idealism. The Atticus that we all knew and loved, when seen through the eyes of an adult Scout (Jean Louise), is an Atticus that is far from the moral and upstanding ideal we read about in TKAM. The truth is that this version of Atticus was probably a more realistic representation of his times and place. For me, the Atticus of this book was a complex man who had his morals and ideals, was a good father but held racist beliefs that were a product of his environment.

This book wasn’t perfect and it has the feel of a debut novel (much more so than the highly-edited TKAM). Lee takes more than 100 pages before getting to the interesting elements and some sections alternate between rambling and stilted. I found some of the debates about race and prejudice to be a little clumsy and cliche. It did, however, have some appeal to me because there were some parts in the book that felt like a very raw and genuine reflection of the times. It broke my heart to read about the more complex version of Atticus, and I think I cried along with Scout when she realized that her father wasn’t the perfect man she had been led to believe as a child.

I do think it’s worth a read, particularly to see how Lee’s ideas developed over time. Her publishers were clearly smart to get her to focus on the childhood flashbacks because it’s the childhood voice of Scout that makes TKAM so wonderful. There is no question that TKAM is a much superior book. You will be disappointed by Go Set a Watchman if you go into  it expecting to read a worthy sequel. However, the book has its merits and some parts are very thought provoking.

Book Worm’s Review
★★★
I was really excited when the news broke that this “sequel” to Mockingbird was to be released. Then the news started to break that Atticus was no longer the man we all adored from the original. In fact, instead of upholding his principle of treating everyone the same, Atticus was now shown to be a racist. In my mind I thought those early reports must be wrong, or at least out of context, but sadly they were true.

I read Watchman really wanting to like it, and right up until the end I liked Jean Louise. She knew what was right and wrong and she couldn’t live with the fact that most people in her hometown of Maycomb were basically racist at heart even those who had taught her racism was wrong (Looking at you here Atticus). Jean Louise describes herself as color blind. She doesn’t see black and white, she sees people and she is largely true to that principle.

In terms of Mockingbird I consider this book to be a failure, however, I have given it 3 stars because I have separated it from Mockingbird and treated it as what it essentially is: a lightly edited manuscript from a novice writer. Ending aside it was an alright read. I like the voice of Jean Louise and I liked the flashbacks to a more innocent time.

Now the book is out there I would recommend anyone who hasn’t read either book should start with Mockingbird and approach Watchman as a totally separate entity.

Book Worm: [Added after reading Jen’s Review] The review above was my first reaction having just read the book since then I have read other reviews including Jen’s that have made the point that the attitude Atticus has is typical of his time and place in history. That may be the case. I still don’t have to like it and I still hate the ending. My dislike of the ending aside, I do accept that this is probably a more accurate book in terms of character attitude and should probably be given credit for that.
Want to try it for yourself? You can find a copy here: Go Set a Watchman: A Novel

We want to hear from you. Have you read it? Do you plan to read it? Why or why not?