1001 Book Review: Her Privates We by Frederic Manning 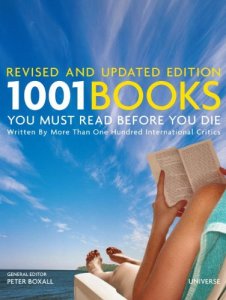 Her Privates We by Frederic Manning
First published: 1930 (published as The Middle Part of Fortune in 1929).
Rating: 4.5 stars
Reviewed by: Jen
Find it/Buy it here: Her Privates We

Her Privates We refers to the common soldiers who fought during World War I. The novel is the fictionalized account of the author’s own experiences as a soldier. It is a extraordinary account of the lives of foot soldiers that is told with the elegance and emotionally-evocative brilliance that only the best authors can achieve.

Manning first published this book under the title, The Middle Part of Fortune. Both versions of the title are derived from a passage in Hamlet, and each chapter begins with a quote from Shakespeare. The term “privates” has meaning in both the military sense and as an allusion to sex (which is appropriate in that it reflects the vulgarity of language we hear from some of the soldiers in the book).

The novel centers primarily on one soldier, Bourne, who is not quite like all the other foot soldiers. He is charismatic, resourceful, well-respected and intelligent but there is a sense of alienation between Bourne and the other soldiers. Bourne closely resembles the author and is the reason this is considered to be a semi-autobiographical novel. Manning was born in Australia and served as a private in WWI. He was selected for officer training but failed the course and some historical accounts indicated that he drank heavily and was frequently in trouble with his superiors. Like his protagonist, Manning fought in the Battle of the Somme and experienced life in the trenches.

Since embarking on the 1001 challenge, I’ve read lots of war books (or books prominently featuring WWI & II) including: The Things they Carried, All Quiet on the Western Front, Storm of Steel, Birdsong, & Atonement. I’ve appreciated all the books I just mentioned, although I don’t typically enjoy reading books about the combat. This book was different than other war books. There was much less graphic description of war atrocities (injuries, deaths, etc) and while those things are not ignored or glossed over, the book is more about the emotional experience of average soldiers even before they get to the front line. 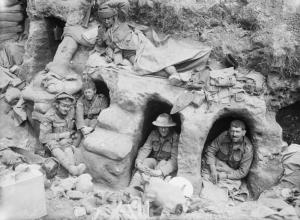 Her Privates We is a gem among even some of the best books about the war. The writing is beautifully elegant and emotionally evocative. The dialogue between the soldiers feels very realistic, at times crude, at times funny and at other times filled with incredible emotion and pain:

Bourne, foundering in the viscous mud, was at once the most abject and the most exalted of God’s creatures. The effort and rage in him, the sense that others had left them to it, made him pant and sob, but there was some strange intoxication of joy in it, and again, all his mind seemed focused into one hard bright point of action. The extremities of pain and pleasure had met and coincided too.

Hemingway referred to this book as “the finest and noblest book of men in war” and it is hard to disagree with him.

As you can probably tell by now, I very much enjoyed this book. Although it started off a little slow for me, halfway through I was hooked. For my professional life, I work with military veterans and I found incredible similarity in how Manning describes the emotional impact of being in the trenches and how the veterans I work with describe their own emotional experience of war. I really felt for these soldiers and the book packed an emotional punch for me. Manning provides readers with a understanding of the tension between officers and foot soldiers and immerses readers into the complex emotional and psychological states of soldiers while they prepare for combat. Your heart breaks (and I may have even shed a few tears) for these young men as they move ever closer to their own deaths.

To get a feel for the writing in this book, I’ve included some additional quotes:

There is a gulf between men just returned from action, and those who have not been in the show, as unbridgeable as that between the sober and the drunk.

The war might be a damned sight more tolerable if it weren’t for the bloody army.

There is nothing in war which is not in human nature; but the violence and passions of men become in the aggregate, an impersonal and incalculable force, a blind and irrational movement of the collective will, which one cannot control, which one cannot understand, which one can only endure as these peasants, in their bitterness and resignation, endured. C’est la guerre.

They don’t know what we’ve got to go through, that’s the truth of it,” said Weeper. “they measure the distance, an’ they count the men, an’ the guns, an’ think a battle’s no’ but a sum you can do wi’ a pencil an’ a bit of’ paper.”

one seemed to be traveling through some sterile landscape in the moon, or some soulless region on the shadowy confines of hell.

They had been brought to the last extremity of hope, and yet they put their hands on each other’s shoulders and said with a passionate conviction that it would be all right, though they had faith in nothing but in themselves and in each other.

One could not separate the desire from the dread which restrained it; the strength of one’s hope strove equal the despair which oppressed it; one’s determination could only be measured by the terrors and difficulties which it overcame. All the mean, piddling standards of ordinary life vanished in the collision of these warring opposites. Between them one could only attempt to maintain an equilibrium which every instant disturbed and made unstable.

I highly recommend this book to anyone interested in WWI and the experience of soldiers who fought in this war.