The Magician by Colm Toibin 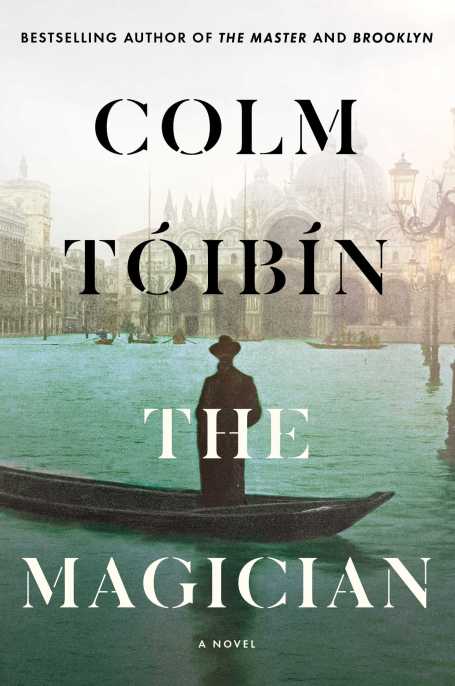 Synopsis from Goodreads: Colm Tóibín’s new novel opens in a provincial German city at the turn of the twentieth century, where the boy, Thomas Mann, grows up with a conservative father, bound by propriety, and a Brazilian mother, alluring and unpredictable. Young Mann hides his artistic aspirations from his father and his homosexual desires from everyone. He is infatuated with one of the richest, most cultured Jewish families in Munich, and marries the daughter Katia. They have six children. On a holiday in Italy, he longs for a boy he sees on a beach and writes the story Death in Venice. He is the most successful novelist of his time, winner of the Nobel Prize in literature, a public man whose private life remains secret. He is expected to lead the condemnation of Hitler, whom he underestimates. His oldest daughter and son, leaders of Bohemianism and of the anti-Nazi movement, share lovers. He flees Germany for Switzerland, France and, ultimately, America, living first in Princeton and then in Los Angeles.

The Magician is an intimate, astonishingly complex portrait of Mann, his magnificent and complex wife Katia, and the times in which they lived—the first world war, the rise of Hitler, World War II, the Cold War, and exile.

My Thoughts: The timing of me reading this book was impeccable as I had also just started reading Buddenbrooks in fact this book made me appreciate Buddenbrooks all the more it has also made me want to read every Mann book that has been translated to English.

Beyond knowing that Mann was a German writer with a selection of books on the 1001 Books to Read Before You Die list I knew nothing about him, this book has changed that. While the narrative technique is matter of fact and kept this reader at a distance from the characters I was absolutely fascinated at what would happen and where the family would end up at the end of it all.

To say the Mann family lead a colourful existence is an understatement and it is even more incredible that given the times they lived through they managed (for the most part) to survive unscathed. This has definitely opened my eyes about the private lives of writers and what can and what shouldn’t be read into their work.

Who would like this? Anyone who is tackling the 1001 books list should read this for the insight into a significant (non-English) contributor to this list. I would also recommend this to anyone with an interest in the history and rise of Nazism, the history of Mann as a man and as a writer and anyone who appreciates a great family saga.