Those Who Are Loved by Victoria Hislop 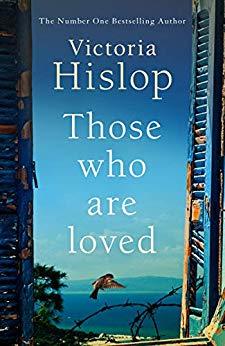 Those Who Are Loved by Victoria Hislop
UK Publication: August 2020
Reviewed by: Book Worm
Rating: [★★★]

This ARC was provided by Headline (via NetGalley) in exchange for an honest review.

The Greek islands as I had never seen them before….

Synopsis from Goodreads: The gripping new novel by Sunday Times Number One bestseller Victoria Hislop is set against the backdrop of the German occupation of Greece, the subsequent civil war and a military dictatorship, all of which left deep scars.

Athens 1941. After decades of political uncertainty, Greece is polarised between Right- and Left-wing views when the Germans invade.
Fifteen-year-old Themis comes from a family divided by these political differences. The Nazi occupation deepens the fault-lines between those she loves just as it reduces Greece to destitution. She watches friends die in the ensuing famine and is moved to commit acts of resistance.

In the civil war that follows the end of the occupation, Themis joins the Communist army, where she experiences the extremes of love and hatred and the paradoxes presented by a war in which Greek fights Greek.

Eventually imprisoned on the infamous islands of exile, Makronisos and then Trikeri, Themis encounters another prisoner whose life will entwine with her own in ways neither can foresee. And finds she must weigh her principles against her desire to escape and live.

As she looks back on her life, Themis realises how tightly the personal and political can become entangled. While some wounds heal, others deepen.

My Thoughts; I appear to be on a historical fiction kick at the moment and I must say it is a genre I am growing to really appreciate. I had previously read books that touched on the occupation of Greece during WWII but I have never read anything that then went on to cover the subsequent civil war between the communist factions and the right.

Through the eyes of one family Hislop explores what it means when a country goes to war against itself.

While Themis is definitely the hero of this story Hisplop doesn’t excuse the things that she does in the name of her political beliefs nor does she turn Themis into a martyr instead she shows that delicate balance between political conviction and the need to survive that many on both sides of the political argument have to walk. There is no black and white, both sides commit acts of good and evil and no-one is left untouched by the civil war.

A real eye opener of a book that taught me about the impact WWII had beyond the boundaries of the usual suspects (Germany, Poland, England, American).

Who would like this? Those who enjoy historical fiction, those like me who were unaware of the events in Greece following WWII and anyone who enjoys complex family sagas.