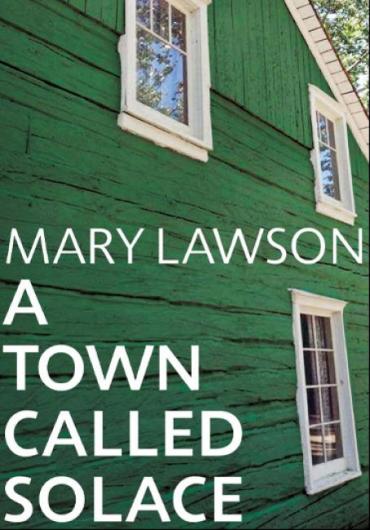 Synopsis from Booker Prize website: Clara’s sister is missing. Angry, rebellious Rose had a row with their mother, stormed out of the house and simply disappeared. Eight-year-old Clara, isolated by her distraught parents’ efforts to protect her from the truth, is grief-stricken and bewildered. Liam Kane, newly divorced, newly unemployed, newly arrived in this small northern town, moves into the house next door – a house left to him by an old woman he can barely remember — and within hours gets a visit from the police. It seems he’s suspected of a crime. At the end of her life Elizabeth Orchard is thinking about a crime too, one committed thirty years ago that had tragic consequences for two families and in particular for one small child. She desperately wants to make amends before she dies. Set in Northern Ontario in 1972, A Town Called Solace explores the relationships of these three people brought together by fate and the mistakes of the past. By turns gripping and darkly funny, it uncovers the layers of grief and remorse and love that connect us, but shows that sometimes a new life is possible.

Mary Lawson is a Canadian author. Her first novel, Crow Lake (2002), is a tense and heart-breaking drama of family love and buried resentment set in rural Ontario, which won the 2003 McKitterick Prize. Her second novel, The Other Side of the Bridge (2006), is the story of two generations of a family who are torn apart by the Second World War. It was longlisted for the Man Booker Prize that year and selected for the Richard and Judy book club. Her third novel, Road Ends (2013), describes the Cartwright family’s unravelling in the aftermath of a tragedy, set against the backdrop of a frozen landscape in the first half of the 20th century.

Tracy’s Thoughts: I liked this book. It was a good read. There was good character development, good plot development, some beautiful sentences and some touching moments. Kind of like a Hallmark movie.

Except there was an underlying current of imperfection in this book. The intentions of some of the characters were murky. There was no hero. The little girl wasn’t good with social cues, and a bit whiny. The older sister was selfish. Though this has a clear ending, the bow it’s tied with is a bit wonky. To me, this makes it better than a Hallmark movie.

Though I thought this was a good book, I don’t know if it was a Booker book. This is one of many on the longlist that seems to be well suited to a reading group. There’s nothing wrong with that, per se. It just seems to be missing that oomph.

BookWorm’s Thoughts:  While I really enjoyed this book and absolutely loved the character of Clara I have to say it feels too light weight for the Booker Longlist.

As a novel in its own right this is a slow paced character study of how life in a small town and the disappearance of a teenager affect 3 interconnected people. The descriptions of town life are delightful and I loved the colourful secondary characters almost as much as the main characters.

Nicole‘s Thoughts: I very much enjoy Mary Lawson and have read most of her books.  She has kind of a Kent Haruf vibe, except Canadian.  She writes solid, enjoyable stories.  And I found this to be no exception.

This book showed the good and the bad in people and that friendship can blossom between the most unlikely people.

(Read this the day after the longlist came out, and I’ve basically forgotten it which doesn’t say much for it)

Well we all enjoyed this one but what did you think?