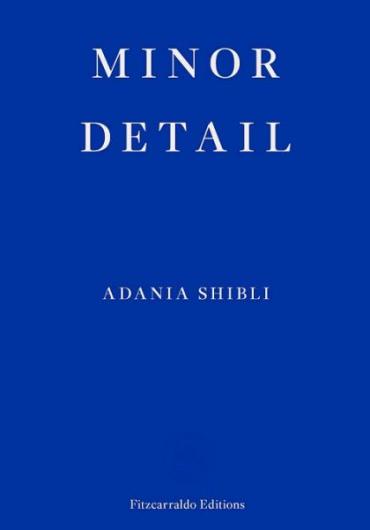 Details from the official Booker Site: Minor Detail revolves around a brutal crime committed during the War of 1948. Israeli soldiers rape a young Palestinian woman they find in the Negev desert, killing her and burying her in the sand. Many years later, in the near-present day, a young woman in Ramallah embarks on a journey of discovery into the events surrounding that rape and murder. She becomes fascinated by it to the point of obsession when she reads about it by chance, not only because of its gruesome nature but also because it happened to take place 25 years to the day before she was born. The two sections of the book hover over one another like the maps the unnamed protagonist of the second section takes with her on her journey. The result is a haunting meditation on war, violence and memory, cutting to the heart of the Palestinian experience of dispossession, life under occupation, and the persistent difficulty of piecing together a narrative in the face of ongoing erasure and disempowerment.

Adania Shibli was born in Palestine in 1974. Her first two novels appeared in English with Clockroot Books as Touch (tr. Paula Haydar, 2010) and We Are All Equally Far From Love (tr. Paul Starkey, 2012). She was awarded the Young Writer’s Award by the A. M. Qattan Foundation in 2002 and 2004.

The phrase “trigger warning” was made with a book like this in mind. It is not easy to read. The descriptions are stark, yet vivid, and certainly cringeworthy at times.

Rachel’s Thoughts: Minor Detail is the only book on the longlist that I’d read before, and I admit to dreading the re-read. Second-time around, it’s still effective and thought-provoking, I appreciated the style more and, yes, took more from the details – and the impact is no less.

The first half is excruciating – the cold, detached, repetitive, detailed prose; the minutiae of an unnamed officer’s daily life in the desert; and the repeated rape and murder of a Bedouin girl. The second part, a young Palestinian woman, possibly on the autistic spectrum, ‘clumsy’ around borders of all kinds, learns of and becomes obsessed by the incident. Believing she can uncover the girl’s untold story from the minor details in the official reports, she sets off to investigate.

The story raises questions about whose stories are being told, whether our focus is in the appropriate place, access to information and into the national record, and how we understand and navigate borders – all are points made very effectively. The detached style is powerful without being forced – to the point where (again) I found the first half almost unreadable. And the frequent overlaps between past and present were skillfully done. I may not have liked the book, but I think Shibli is a talented author, with interesting things to say.

Like Loading...
From: Uncategorized
← Booker International Longlist 2021 – In Memory of Memory by Maria Stepanova
Bullet Train by Kōtarō Isaka, Sam Malissa (Translator) →
No comments yet