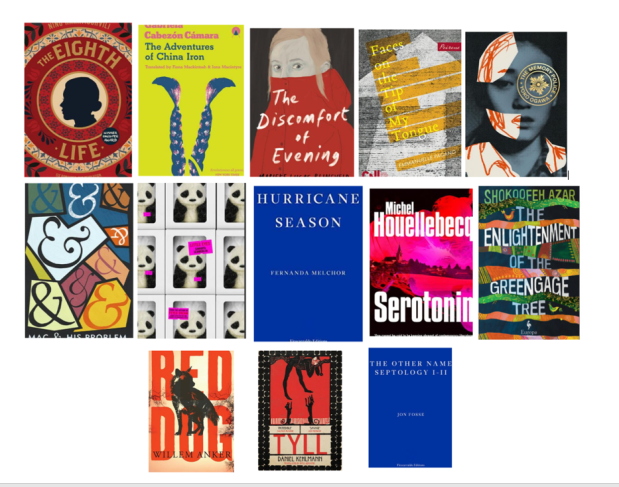 It is time for us to test our judging skills in the free for all that is known as the shortlist predictions. So who do we think will make it?

Our highly scientific rating system predicts that these books will make the shortlist:

Bookworm’s Shortlist Predictions: I managed to read 6 books from the longlist which is not bad going considering the tight timeline, of these books I predict that 3 will make it 1 because I hated it (which means it has a great shot at winning) and 2 because I really enjoyed them the other 3 books are the ones I most want to read for the rest of the list.

RachelO’s Shortlist predictions: I’ve read through just five of this year’s longlist so far – not great, but not bad considering the world turned upsidedown part-way through the month. My predictions, then, consist (in order) of two books that I’m glad l’ve read and wouldn’t have found without the prize; the two which I think are most likely to make the shortlist; and the two I most want to read next, having seen other reviews. In reality, I think the judges’ tastes run a little darker than my own this year, so I won’t be at all surprised if Serotonin and Mac and his Problem make the shortlist in place of my own favourites.

Tracy’s Predictions: I’m trying something different this year. I’m going to predict some books I didn’t like, assuming that I’ll be wrong.

1. Serotonin
2. Mac’s Problem
3. Hurricane Season
And the ones I really hope will make it:
4. The Enlightenment of the Greengage Tree
5. Tyll
6. Little Eyes

What books do you think will make the cut? Let us know in comments