Booker International Longlist 2020: Mac and his Problem by Enrique Vila-Matas 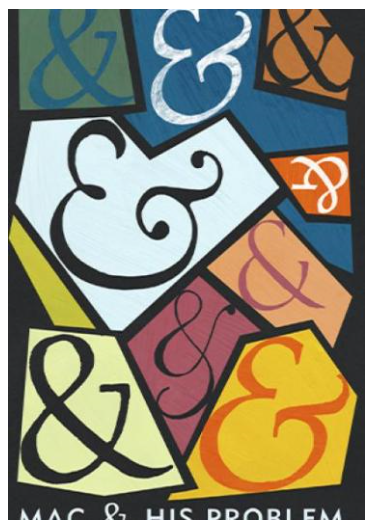 Book 3 read and reviewed by panellists Tracy and Emily how does this book rank?

Details from Booker Site: Mac is not writing a novel. He is writing a diary, which no one will ever read. At over 60, and recently unemployed, Mac is a beginner, a novice, an apprentice – delighted by the themes of repetition and falsification, and humbly armed with an encyclopaedic knowledge of literature.
Mac’s wife, Carmen, thinks he is simply wasting his time and in danger of sliding further into depression and idleness. But Mac persists, diligently recording his daily walks through the neighbourhood. It is the hottest summer Barcelona has seen in over a century.
Soon, despite his best intentions (not to write a novel), Mac begins to notice that life is exhibiting strange literary overtones and imitating fragments of plot. As he sizzles in the heatwave, he becomes ever more immersed in literature – a literature haunted by death, but alive with the sheer pleasure of writing.

Enrique Vila-Matas is widely considered to be one of Spain’s most important contemporary novelists. His work has been translated into 30 languages and has won numerous international literary prizes, including the Herralde Prize, the Prix Médicis étranger and the Premio Rómulo Gallegos. Vila-Matas’ books have been longlisted (Montano) and shortlisted (Dublinesque) for the Independent Foreign Fiction Prize, and Never Any End to Paris was a finalist for the US Best Translated Book Award.

Sophie Hughes was born in Chertsey, UK, in June 1986. She has translated novels by several contemporary Latin American and Spanish authors, including Best Translated Book Award 2017 finalist Laia Jufresa’s Umami and The Remainder by Alia Trabucco Zerán, which was shortlisted for the Man Booker International Prize in 2019. Her translations, reviews and essays have been published in The Guardian, The White Review, and Times Literary Supplement. She has been the recipient of a British Centre for Literary Translation mentorship and residency, a PEN Heim Literary Translation grant, and in 2018 she was shortlisted for an Arts Foundation 25th Anniversary Fellowship. She lives in Birmingham.

Tracy’s Thoughts: I love an unreliable narrator, and I love references to other literary works. This book has both of those. At first, I was having a grand time with Mac, as he records in his diary his decision to rewrite his neighbor’s book, lovingly has verbal spars with his wife, and references authors I love, like Borges. As the story progresses, Mac’s mental instability shows itself more, and his literary references are from more disturbing works, like Samanta Schweblin’s Fever Dream (which I also loved).

All of the above normally leads to a book that I should love. But I found my enjoyment of the book going off the rails with Mac, and I’m not sure why. It is effective in creating a portrait of Mac’s mental decline, and his relationship to those that matter. I think I had a hard time sympathizing with him, but this is also realistic. As a person’s mental health declines, that person may alienate himself. This will require more thought.

In all, this is a well written book that has the potential to stand the test of time, but it wasn’t an enjoyable read.

Emily’s Thoughts: This was about as ‘medium’ as any book I’ve ever read for a prize shortlist. Even sitting here and trying to review it, it’s hard to summon strong opinions in any direction. While I didn’t DISlike it – nothing offended me or made me angry – I can’t say I’d be excited to see it on the shortlist. I feel like it’s very easy for ‘booker-type’ books to fall into the hole of writers writing about writers writing about writers writing about writing, and I’m all for examining storytelling in literature but I feel like there needs to be some other content in a novel. The writing was good, the central character was engaging, but I didn’t feel like there was a lot ‘there’ other than that and I don’t think it deserves a place alongside the memory police, my main pick so far. Even those three sentences were hard to write about it, I just have that few opinions.