Read Around the World: Iceland 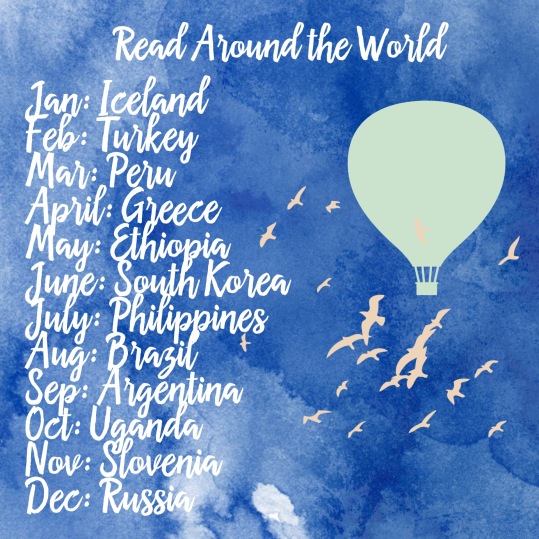 With the new year, comes a list of new countries that we’ll be visiting on our world literature tour. Countries selected were nominated by read around the world participants on the Litsy challenge we are hosting. Make sure to check it out if you are on Litsy by searching the hashtag #readaroundtheworld. We hope you join us in 2018 as we travel the world in books. January kicks us off with a trip to Iceland. Find out which books we selected our trip.

And now onto our books for the month. For this edition of read around the world Book Worm and I read different books. We’ll  start off discussing each of our individual selections and then we’ll present a list of other recommended reading including a few books selected by other Read Around the World participants from Litsy. 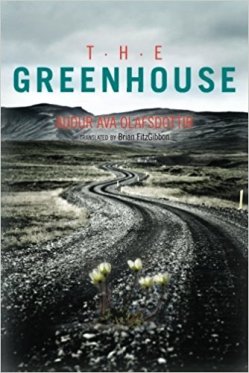 Jen’s selection: The Greenhouse by Audur Ava Olafsdottir. 4 stars
The only Icelandic book I have read is Independent People that Book Worm reviews below. I read that book thanks to the 1001 list. I thought the book was fantastic although pretty sad and gloomy. This time around I went with a book by a well known female author.

The Greenhouse is a relatively short, quiet book with slow pacing. It centers around the story of a young 21 year old man  (Lobbi) whose life was rocked by a series of events: the death of his mother and a one-night stand that results in Lobbi becoming a father. Lobbi lives with his father and autistic brother. He feels lost and without direction. The only thing that gives him joy and meaning is his love of gardening, a love that connects him to his mother and her memory. As he searches for meaning and direction he applies for a position in a European monastery where he proposes reviving the rose garden and growing his mother’s prized roses.The book is beautifully written and delightful. It’s not heavy on plot although things certainly happen to move the plot along. However, this book is about the characters and in particular about the main character’s reflection on life and his role as a father, son, and independent man. The scenery described is beautiful and reading the book gave me some serious travel urges – mainly the idea of spending some time in quiet reflection in a small village. I’m not sure if it’s a great representation of Iceland since the majority of the book takes place in an unnamed European country but certainly I think the cultural traits and values seem to come through in the characters and their approach to life. 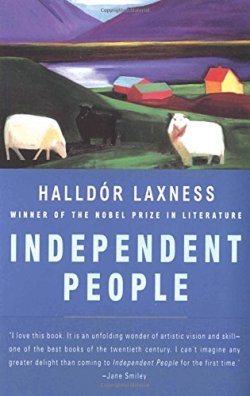 Book Worm’s selection: Independent People by Halldor Laxness. 5 stars
I loved this saga of life on a croft where the main character, Bjartur, tries to make his way as an “independent” man. At the start of the novel we are told the croft is haunted, that no-one has successfully farmed the croft, and that eventually the ghosts/spirits will destroy anything that is built there. Against this backdrop it is fascinating to watch Bjartur suffering and his successes.

Bjartur is not alone on his croft and the way he treats his family made me dislike him. Bjartur is not a likeable character. He  is a stubborn man who refuses to owe anything to anyone. Since sheep are his livelihood, he puts their welfare above everything else on the croft and that ultimately has tragic consequences. Yet despite the unlikeable characters, this book was very interesting.

For me the most fascinating sections of the book are those that deal with teaching Christianity to the children who have only ever known the croft.  The historical details in the book were also interesting and I enjoyed seeing the author’s vision of how the  changing world affected even the remotest parts of Iceland. The forming of banks and lenders vs farmers co-operatives in Iceland, WW1, and the revolution in Russia outside of Iceland were all events weaved into the narrative.

Overall this is not exactly a cheerful book but it is realistic and very much gives a sense of place of time. That said there are some very funny one liners scattered throughout the text that did amuse me.

Other recommendations for Icelandic Literature (based on Litsy participants who read with us) are listed below. If you’re on Litsy make sure to check out their reviews.

Burial Rites by Hannah Kent. Read and recommended by @tstan and @miss_kim
Place of the Heart by Steinunn Sigurdardutter. Read and rated “so-so” by @TorieStorieS
The Fish can Sing by Halldor Laxness. Being read by @bookishme
Snow Blind by Ragnor Jonasson. Read by @susanita
Names for the Sea by Sarah Moss. Read by @RachelO
The Blue Fox by Sjon. Read by @Readinginthedark and @Currey
The Sorrow of Angels by Jon Kalman Stefansson. Read by @BarbaraBB
Independent People by Halldor Laxness. Also read and liked by @Batsy
The Greenhouse by Auor A Olasfsdottir. Also read and liked by @mhillis
Stormland by Hallgrimur Helgason. Read by @Ole
Reply to a Letter from Helga by Bergsveinn Birgisson. Read by @Ole
Ashes to Dust by Yrsa Sigurdardottir. Read and given “so-so” by @Simona
The Whispering Muse by Sjon. Read and given a “so-so” by @Currey

We want to hear from you. Have you read any books based in, or by authors from Iceland? Do we have any Icelandic readers? What would you like to share about literature in your country? Which books do you recommend?

If you are interested in joining our Read Around the World travels, follow our travel schedule listed above in the image. We would love the company. Bloggers who join, please tag us so we can see your reviews and we will link to your reviews. Litsy followers also make sure to tag me @JenP and use hashtag #readaround the world and I’ll list the book you read in our synopsis.

Next month we travel to Turkey. Who will be joining us?