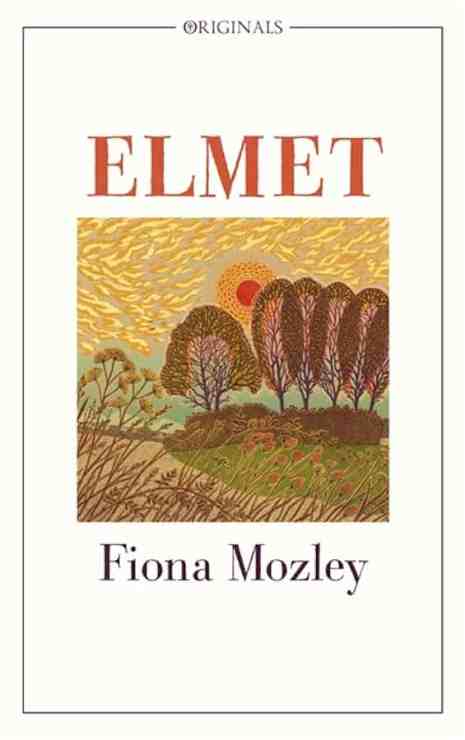 Next up for our shadow panel was a book none of us had heard of prior to the longlist announcement: Elmet. Four panelists reviewed the book on the following criteria: 1) writing quality; 2) originality; 3) character development; 4) plot development; and 5) overall enjoyment. We’ve each provided mini-reviews and ratings. Here are our ratings for Elmet.

Synopsis (from Amazon): Fresh and distinctive writing from an exciting new voice in fiction – Sally Rooney meets Sarah Perry, Elmet is an unforgettable novel about family, as well as a beautiful meditation on landscape. Daniel is heading north. He is looking for someone. The simplicity of his early life with Daddy and Cathy has turned sour and fearful. They lived apart in the house that Daddy built for them with his bare hands. They foraged and hunted. When they were younger, Daniel and Cathy had gone to school. But they were not like the other children then, and they were even less like them now. Sometimes Daddy disappeared, and would return with a rage in his eyes. But when he was at home he was at peace. He told them that the little copse in Elmet was theirs alone. But that wasn’t true. Local men, greedy and watchful, began to circle like vultures. All the while, the terrible violence in Daddy grew.Atmospheric and unsettling, Elmet is a lyrical commentary on contemporary society and one family’s precarious place in it, as well as an exploration of how deep the bond between father and child can go.

Jen’s Review: Alas, I did not really care for Elmet, yet it was one of the longlist books I had been most excited to read. I think it was well written but not even in the realm of the other contenders on the longlist. Perhaps I should add the caveat that I read this after finishing Reservoir 13 and Solar Bones, two relatively slow-paced and subtle books. This one was a stark contrast to those books in that it hits you over the head with some pretty gruesome action with an ending that was pretty melodramatic for my tastes.

One thing I did love about Elmet was the female protagonist who was a complex and strong character. I’m a sucker for strong female characters. I found the premise of the novel to be interesting and the early setup grabbed hold of me and didn’t let me go until the end when the eye rolling took over. The parts revolving around how the family lived and survived was pretty engaging but the last third really ramped up into the unbelievable. I took one point off for enjoyment because I found parts to be really dark and unpleasant (this may not bother other readers as much). Overall, I thought it was pretty inconsistent and the ending was over the top. For a debut I thought it was decent and I would be interested in reading more by this author (if she tones down the melodrama), but I don’t think it’s strong enough to make the shortlist and I don’t think it should have made the longlist.

Anita’s Review: Well, it wasn’t a boring book.  I’ll give it that. Overwritten, inconsistent, and melodramatic with a vaguely absurd narrative voice.  But not boring.

It’s a debut novel, and I think the author shows some promise in her descriptions.  So long as she steers clear of metaphor, she writes some evocative prose.  In addition, I found a number of inconsistencies and though some were regarding minutia, I found them annoying.  One scene everyone is liking their coffee dark, bitter, and long roasted; the next scene the protagonist is dumping a boatload of sugar and milk into the coffee.  One scene the children are not permitted to invite their teacher to their home for dinner because “she prefers to be alone, in her own home”, the next scene, they are having a huge union organizing session and the teacher attends.  Similarly, the motivations of some of these characters just eluded me (hard to elaborate without spoiling however).

The narrator is a young boy who alternately speaks like a young boy and like an accomplished poet. And he’s not the only one who tends toward the use of language that doesn’t fit the circumstance.

After a fairly subtle narrative throughout the first three quarters of the book, the end was brutal, blunt, and had a written-for-movies feel to it.  I love dark books, so honestly I think I’m more of the target for this book than most people would be, but my inner critic would just not shut up while reading it, and that’s not a good sign.

Nicole’s Review:  Well, I loved this book!  It’s interesting to read the other comments because I was so engrossed in the story and with the people that I didn’t notice the melodrama while I was reading (though I recognize it in retrospect,  I wouldn’t change the ending!  There were aspects of it which were super satisfying.)

This is a story of family loyalty and survival.  I guess because of the main character’s loyalty and survival instincts I was endeared to them, which made me root for them which put me in a place of emotional response to everything which happened.  I found the writing solid and the storytelling really good.   It was transported the whole way through.

Book Worm’s Review:  I am kind of in the middle of everyone with my thoughts on this book. I agree with Anita that the narrative voice was absurd (for me I could never imagine Daniel as a young boy the voice was wrong) and I found the overuse of the word “Daddy” really annoying. Even my 6 year old nephew calls his father “Dad” and not “Daddy”. Given the kind of man “Daddy” was, I am surprised he didn’t knock this into touch early on.

Like Jen, I really liked the character of Cathy. She was fiercely loyal as well as independent, mixed with just the right touch of weakness to make her a believable character, and for me her story arc was the most interesting.

I enjoyed the depiction of a simple life, making everything yourself, hunting and trading locally for food, and the lack of formal education for the children.

My feelings about the ending tie in with Nicole’s feelings. It may have been over the top but it did have a certain something about it.

Overall I enjoyed the book but in our normal rating system this would only be a 3 star read. I didn’t feel there was anything special enough about it to warrant it making the short list.

Up next: Ministry of Utmost Happiness