Read Around the World: Thailand 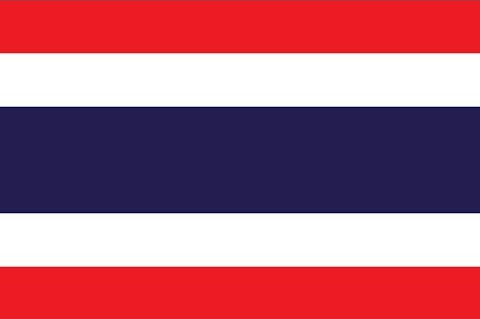 We spent the month of June visiting Thailand with all of you. Two months ago we converted our Read Around the World feature into an informal group challenge and invited you all to join us as we make our way around the world. We took nominations and used the randomizer to plan our itinerary. Thailand was the second stop on our group reading tour. I’m not going to lie, I found this month quite a challenge in terms of selecting a book and if not for one extremely helpful person on Litsy, I would have failed the task of completing a book.

Join us as we explore literary Thailand and find out which book I selected and which books our participants (across Litsy, this blog, and Instagram) read this month.

Book I Selected:  The Sad Part Was by Prabda Yoon. I actually started with a different book, Fascinating Folktales of Thailand, which was quite atrocious and I ended up bailing on that. Thankfully RachelO over at Litsy came to the rescue and recommended this one which I did enjoy.

Synopsis from Goodreads: In these witty, postmodern stories, Yoon riffs on pop culture, experiments with punctuation, flirts with sci-fi and, in a metafictional twist, mocks his own position as omnipotent author. Highly literary, his narratives offer an oblique reflection of contemporary Bangkok life, exploring the bewildering disjunct and oft-hilarious contradictions of a modernity that is at odds with many traditional Thai ideas on relationships, family, school and work.Credited with having ‘brought fresh energy to Thai literature with his distinctive urban voice’, Yoon’s is the voice of a new generation, responding to his country’s recent and rapid urbanisation with fresh, off-beat perspectives and exciting formal innovation. The collection from which the majority of the stories in The Sad Part Was are taken made the young author a household name when it was published in 2002 and won the S.E.A. Writers Award. Two of its stories have been excerpted in Two Lines Journal, and Yoon already has a fan in prominent critic Scott Esposito. One story is currently being made into a feature film.

Jen’s Review: 4 stars. Turns out that I had never read any Thai literature before and I had a hard time finding a book that would fit. I started off with a collection of translated folktales which would have been fascinating if not for the abysmal writing/translation. But despite the truly horrendous writing in that book, I made it about 150 pages (I have a problem letting go and not finishing books). Turns out that it was a nice supplement to this book in that my first book gave me an introduction to traditional Thai folklore and enhanced my reading of The Sad Part Was.

The Sad Part Was was quirky, funny, and a breeze to read through in the one day I had left before posting this feature. I will be forever grateful to Rachel for recommending it. It is a collection of short stories that focus primarily on Thai youth and modern cultural norms in Thailand. At times it read a little like YA –the voices of the various protagonists were certainly the voices of young people — yet the stories are also sophisticated and filled with wisdom. Some are very meta and experimental and most have fairly abrupt endings. In some ways the style reminded me of Murakami’s style so I quite enjoyed the whole book.

In sum, it’s weird and whacky, highlights tensions between traditional Thai values and urban modernization, and is quite informative for the reader, like me, who has little to no past experience with Thai literature.

If you want to try it for yourself, you can purchase your copy here: The Sad Part Was

This month those of several of you joined us (although not as many as last month).  Below is a selection of books that were chosen (and enjoyed) by other participants. I’ve listed who read each book so you can check out their reviews.

Sightseeing by Rattawat Lapcharoensap (read by Ncostell and Currey both  on Litsy and also read and reviewed by Jan over at her blog. check out her review)
Time by Chart Korbjitti (read by Simona and Currey both on Litsy)
The Happiness of Kati by Jane Vejjajiva (read by Tracy; tstan on Litsy)
Sad Part Was by Prabda Yoon (read by RachelO who recommended it to me)

I’m pretty sure I’m missing at least two people (I think two bloggers) so if your book isn’t included, please let us know what book you read and post the link to your review. If you have any other recommendations, let us know!

Next up for July: Spain. Who will be joining us as we visit Spain?