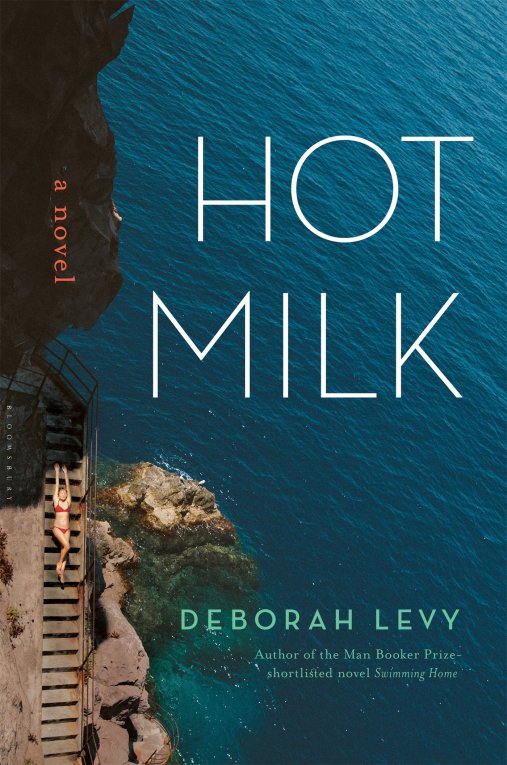 Amazon synopsis: Sofia, a young anthropologist, has spent much of her life trying to solve the mystery of her mother’s unexplainable illness. She is frustrated with Rose and her constant complaints, but utterly relieved to be called to abandon her own disappointing fledgling adult life. She and her mother travel to the searing, arid coast of southern Spain to see a famous consultant–their very last chance–in the hope that he might cure her unpredictable limb paralysis.

But Dr. Gomez has strange methods that seem to have little to do with physical medicine, and as the treatment progresses, Sofia’s mother’s illness becomes increasingly baffling. Sofia’s role as detective–tracking her mother’s symptoms in an attempt to find the secret motivation for her pain–deepens as she discovers her own desires in this transient desert community.

Hot Milk is a profound exploration of the sting of sexuality, of unspoken female rage, of myth and modernity, the lure of hypochondria and big pharma, and, above all, the value of experimenting with life; of being curious, bewildered, and vitally alive to the world.

Jen’s Thoughts: I loved this book and it was probably my favorite out of all the books on the list in terms of overall enjoyment. I adored the writing and really enjoyed the symbolism, literary qualities, and way it highlighted women’s feelings/issues.
Why it could win: lyrical, poetic writing, clever use of symbolism.
Why it might not win: Man Booker winners tend to go to books that are either written by men or feature male characters as protagonists. This is the most feminine book I’ve seen on the list in a long time. I think that’s important and it’s about time that a book centered on women and about women’s inner lives wins. But will it? I don’t think so. In addition, it’s relatively light in terms of plot and that may work against it.

Nicole’s Thoughts: This was my favorite of the books. It was just about perfect and the writing was transcendent.
Why it could win: The sheer beauty of the writing
Why it might not win: Too “chicky” … haha, this isn’t chick lit at all, but it’s very feminine

Book Worm’s Thoughts: I loved this book but it is really hard to put into words what I loved.
Why it could win: The writing is beautiful and it is a very poetical book full of symbolism and interpretation.
Why it might not win: The title, silly reason I know but it is very off putting and if I only had that to go by I would not have read the book.

Kate’s Thoughts: This book created a magical atmosphere that is hard to describe.
Why it could win: It’s sheer lyrical effect.
Why it might not win: The long list seemed heavy on blood, guts, and mayhem this year.  This novel was the polar opposite.  On the other hand most of the grittier titles didn’t make the short list.  Maybe the judges are ready for a novel that is as much poetry as prose, but I doubt it.

Andrew’s thoughts: A good read, but ultimately I found something about it unsatisfactory. It was all a little too languid and lyrical for my taste.  In terms of style, it reminded me of Robert Penn Warren’s “All The King’s Men” (not that these two books have anything in common).  Books that read like Impressionist paintings have never really appealed to me.  By the end I had a sense of what Levy was getting at, but wasn’t completely satisfied with how she got there.
Why it could win: Every other member of our shadow panel loved it, so it must be good!
Why it might not win: Kind of a terrible title

We want to hear from you. Have you read it? What did you think? Do you think it will win the 2016 Man Booker?