Last week I received my third Book Riot box. I’ve had mixed opinions about the subscription. You can read my prior two reviews here and here. Check out what came in the December box and whether I have decided to keep up with the subscription or let it go. 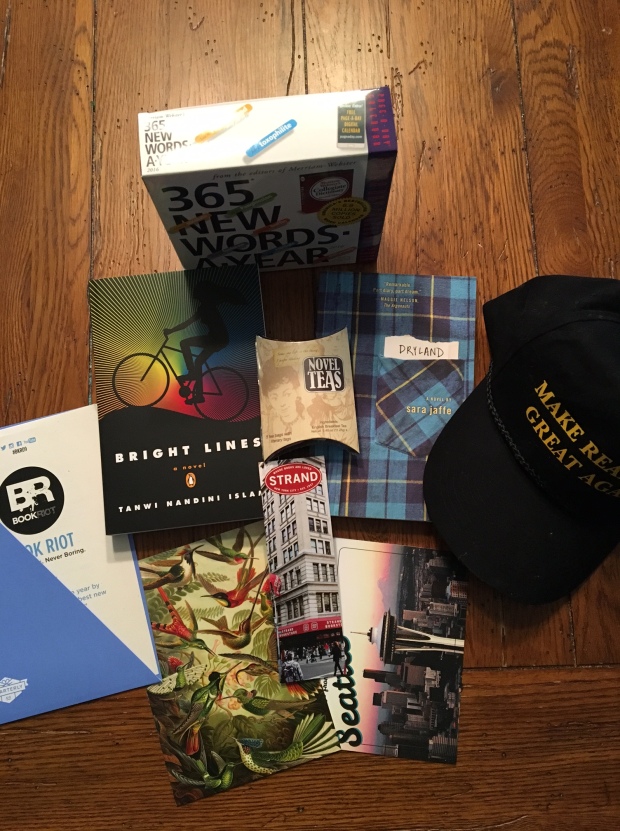 The theme this quarter was focused on “best new voices on the scene” and here’s what I got:

1. Two books: I received two debut novels, both published in 2015 (yay! This is what I wish they would do every quarter). The first selection was Bright Lines by Tanwi Nandini Islam. This book has gotten some buzz in the blogging world. The Denver Post describes it as “Brooklyn-by-way-of-Bangladesh Royal Tenenbaums,” making it sound rather appealing. You can read more about it here. The second debut was Dryland by Sara Jaffe, which gets 4 stars on Amazon although it only has 4 customer reviews. It is described as “a smart coming-of-age novel that charts the murky waters of adolescence.” You can read more about this book here

. Overall, decent selections that I will probably read next year although they won’t be at the top of my TBR.

2. Hat: While I find the slogan funny, there’s no way I will ever (and I mean EVER) wear this hat!!! It’s clever but is not great quality and the fit is terrible. Really stiff material and it doesn’t look good at all. I would have posted a photo of me wearing the hat but it was too awful and I was too embarrassed to post it. My 5 year-old took one look at me and busted out laughing. 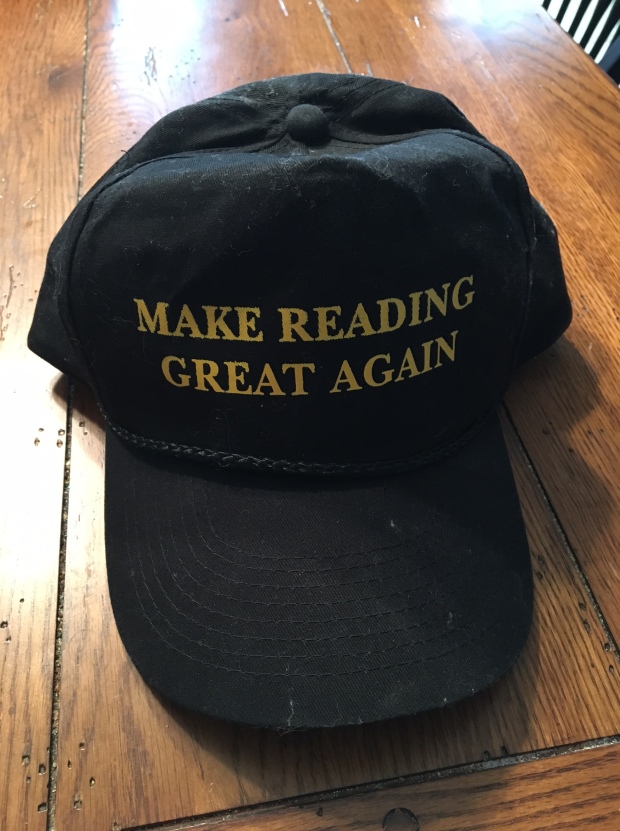 3. 365 New Words-a-Year Calendar: I have a variety of calendars and will probably take this one to my office. Not necessarily a calendar I would have picked out for myself but I will see how many of the words I can fit into blog posts — so be on the lookout. 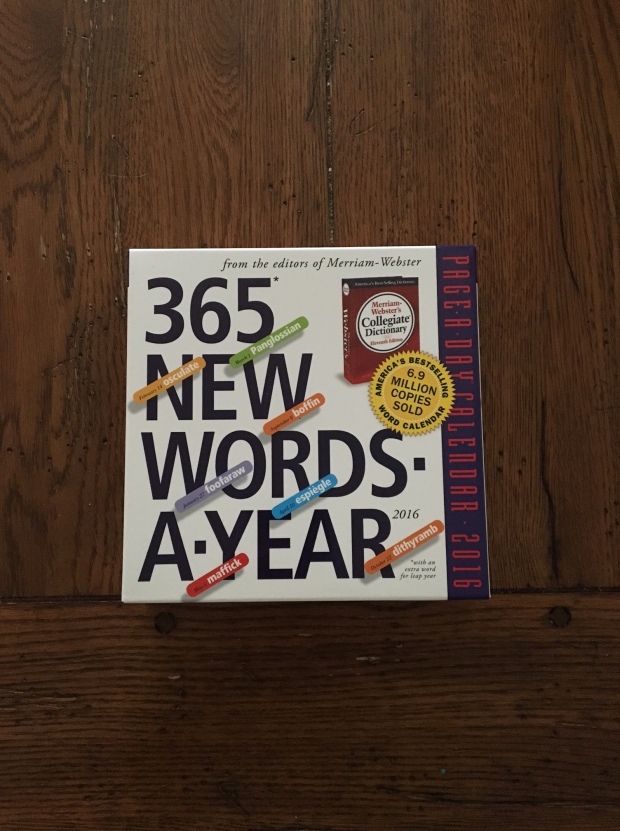 4. Novel Teas: I do like this product. In fact we’ve given away a box of these teas as a prize in of our past competitions. Each tea bag is tagged with literary quotes. The full size box on Amazon retails for $14 and includes 25 tea bags. The one in the box was a sample with only 5 tea bags. It’s a cute idea and great stocking stuffer. You can find it here.

5. Extras: Two postcards and a Strand Bookmark.The box included two postcards – each one matched up to one of the books. The bookmark seems to be the kind of thing you can find for free at the cash registers of any bookstore so I don’t really think it’s too amazing. It’s made of card stock.

Bonus: 50 subscribers received a copy of I’ll Never Write My Memoirs by Grace Jones and Paul Morley. For the third time in a row, I wasn’t one of them 😦

Final Verdict: So I gave it a good shot, but finally decided that Book Riot is not for me and I cancelled my subscription. $50 is simply too much to pay for a subscription box that you don’t absolutely love. While I did like some elements of them, I just wasn’t that into the bookish extras. Lots of people do love this subscription service and you should see some of the other positive reviews. Here are the two main reasons why it wasn’t a great fit for me personally:

So, I sadly bid adieu to the Book Riot subscription (I still retain my love for Book Riot as an organization) and I happily stick to my Indiespensables subscription – which fortunately is the perfect fit for my tastes.

What do you think of this quarter’s box? Would it be worth it to you? If you want to try it for yourself, you can sign up here.