The Buried Giant by Ishiguro 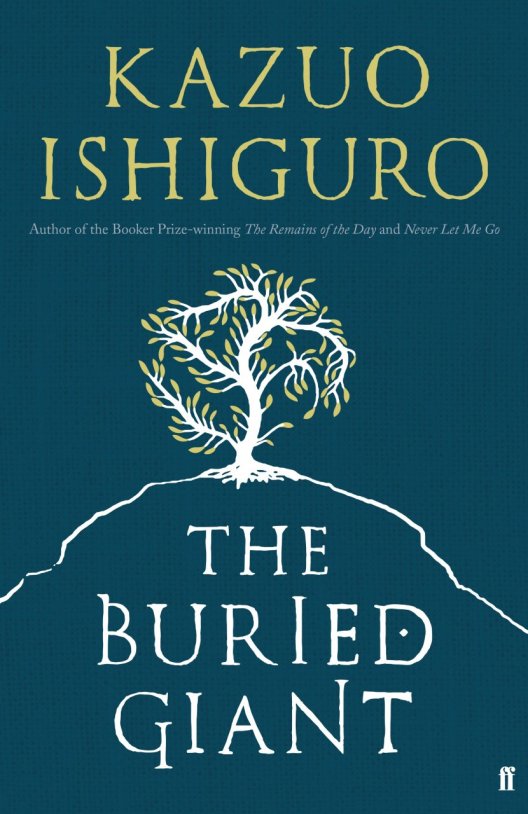 A while back I made a prediction that The Buried Giant would make the Man Booker Longlist. This was based primarily on the buzz surrounding the book because I hadn’t yet read it. Did my opinion change after I read the book? Read the review to find out.

There are some author’s whose works I should love but for some reason seem to fall flat for me. Ishiguro is one of those authors. I want to love his books. I feel as if I should love his books. I just have never found a book of his that I have really loved. I had high hopes for The Buried Giant because all the reviews indicated that it was a departure from his traditional writing and it had an element of fantasy – a genre I generally like. Those hopes went up in smoke after the first 10 pages.

GoodReads summary has this to say about the synopsis of the book:

You’ve long set your heart against it, Axl, I know. But it’s time now to think on it anew. There’s a journey we must go on, and no more delay…”
The Buried Giant begins as a couple set off across a troubled land of mist and rain in the hope of finding a son they have not seen in years. Sometimes savage, often intensely moving, Kazuo Ishiguro’s first novel in nearly a decade is about lost memories, love, revenge, and war.”

Not helpful in terms of plot summary? Perhaps because there really isn’t much of a plot. Granted there is a quest and the characters do move very slowly toward the fulfillment of the quest. VERY. SLOWLY. But, the book is more a musing on the nature of memory, love, and war than it is about any strong story line. I did think that the question facing the characters about whether to regain their memories or stay blissfully ignorant was in interesting one, but I never felt like it was that well developed.

Protagonists, Axl and Beatrice, are an elderly couple who live in post-Arthurian England at a time shortly after the war between Britons and Saxons. A mysterious mist has spread across the land, impacting the lives of Britons and Saxons alike. Axl and Beatice decide to go out in search of their son who left the village many years ago. The problem is that the couple and others in the land are suffering from lapses of memory. They don’t remember exactly how to find their son, why he left the home, or much about what happened to their relationship in the past. On their quest they encounter a mysterious boatman, an elderly knight of King Arthur, a hero with a grudge to hold, and a dragon.

The Buried Giant is a novel that mixes genres including fantasy, mythology, and literary fiction. There were ogres, dragons, knights of Arthur, and more. I generally like books that play around with genre and challenge boundaries. As I mentioned above, I really like fantasy as a genre. But, this was soooo boring. The first few nights it took me a few hours to read through about 20 pages. Insomniacs rejoice – here is a medication-free solution to your problems!

My main issue with the book was the awful dialogue. It was stilted and read like the dialogue in children’s fairy tales — my 5-year would have loved the dialogue. Axl refers to his wife as “princess” pretty much every other word. Here’s an example I picked by opening to a random page (definitely not the worst example):

“Are you soaked through, princess?”
“Don’t worry, Axl. This coat did its work. How is it with you? ”
“Nothing the sun won’t soon dry when it returns.”
They put down their bundles and leant against the trunk, recovering their breaths. After a while Beatrice said quietly:
“Axl, I feel afraid.”
“Why, what is it princess? No harm can come to you now.

On page 45, I was so sick of the word princess that I struggled to move on. I looked it up. Axl refers to his wife as princess 74 times in a 300 page book.

I have heard other reviews talk about the touching relationship between Axl and Beatrice, but I often wanted to throttle them. Him for his incessant use of the word “princess” and her for her constant panicked “don’t leave me Axl” phrases.

Another major flaw was the predictability of the story. The overly obvious metaphor of the island and the boatman made it clear what was the final destination from their first encounter with the boatman.

Have you read the book? Do you disagree with me? Why or why not? Neil Gaiman disagrees with me. You can read his glowing review of this books in the New York Times, here.

If you want to try the book for yourself, you can find it here:The Buried Giant