Read Around the World: England 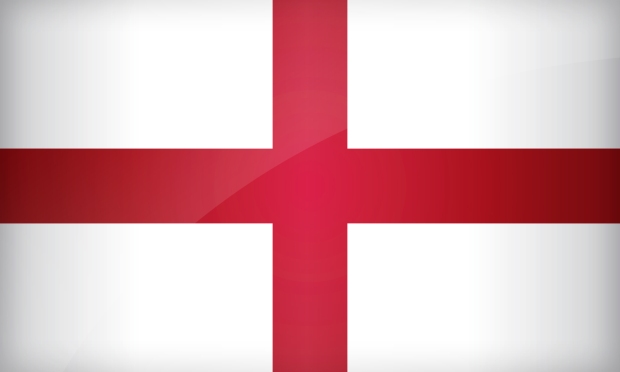 Our next stop in our world tour or reading is England, home to Book Worm and Jen’s childhood home from ages 2-12! Join us as we explore a tiny fraction of what England has to offer in terms of literature and find out which book we selected. This will be one destination where we hope you help us compile a list of favorite authors and novels!

It is really hard to think of fun facts about your own country so I decided that instead of doing that I would share some of my literary highlights places I have personally visited.

First up is Rochester home to Dickens and the yearly Dickens festival, for one weekend in December the high street and castle are transported back to Dickensian times for a traditional Christmas complete with snow (guaranteed). The highlight of the day is the Christmas dinner parade where locals dressed as Dickens characters parade a complete Christmas dinner down the high street. In addition to this there is mulled wine and mince pies aplenty. The rest of the year Rochester maintains its Dickensian history in the names of it shops.

Next up, the 100 acre wood and Pooh bridge – yes it really is a place and yes I have been there and played Pooh sticks, and visited the house at Pooh corner. Now how jealous are you all?

Finally, Shepperton studios, the home of Ian Fleming’s James Bond (and the setting of the disgusting book, Crash) is located in the picturesque village of Shepperton along the River Ash. It’s hard to believe that blockbusters that come out of such an unassuming location. 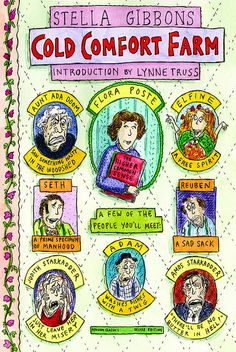 Reason Selected: Trying to pick one book to represent English literature is like trying to pick the best blade of grass in a meadow. It’s impossible and we aren’t even going to pretend to do so. Instead we are selecting this month’s novel because it coincided with a reading challenge we both were doing over at Shelfari’s 1001 Book group. The author, Stella Gibbons, was born and educated in London, England. Cold Comfort Farm was her most popular novel.

Jen’s Review:
4 stars
When Flora Poste is orphaned, she writes to all her living relatives to ask for a place to live. Her relatives from Cold Comfort Farm respond to her letter telling her that she is due some kind of right. Looking to explore the hidden meaning in the letter, Flora decides to accept their offer. Once on the farm she discovers a mysterious mad aunt who “saw something nasty in the woodshed,” a young female cousin who is too intellectual to attract a mate, an uncle who preaches about the dangers of hellfire, and a variety of other quirky relatives. Flora quickly gets to work cleaning and straightening out all the chaos on the farm.

I enjoyed this short and funny read. I had read it many years ago as a child and remembered loving it. Rereading it for my 1001 travels was a nice change from some of the heavier books on the 1001 list. I’ve read a lot of Jane Austin and Thomas Hardy and a little of D.H. Lawrence. Cold Comfort Farm is a parody of the early British gothic, doom and gloom novels. Gibbons immerses us in the themes of sin and decay but uses protagonist, Flora, to steamroll over those themes, cleaning things up (literally and figuratively). Despite its title, Cold Comfort Farm is very much a comforting read.

She liked Victorian novels. They were the only kind of novel you could read while eating an apple.

The education bestowed on Flora Poste by her parents had been expensive, athletic and prolonged; and when they died within a few weeks of one another during the annual epidemic of the influenza or Spanish Plague which occurred in her twentieth year, she was discovered to possess every art and grace save that of earning her own living.

Flora sighed. It was curious that persons who lived what the novelists called a rich emotional life always seemed to be a bit slow on the uptake.

I think it’s degrading of you, Flora,’ cried Mrs Smiling at breakfast. ‘Do you truly mean that you don’t ever want to work at anything?’ Her friend replied after some thought: ‘Well, when I am fifty-three or so I would like to write a novel as good as “Persuasion”, but with a modern setting, of course. For the next thirty years or so I shall be collecting material for it. If anyone asks me what I work at, I shall say “Collecting material.” No one can object to that.

Book Worm’s Review
4 Stars
Rather boringly I agree with everything Jen has said. I really enjoyed this book for its light hearted humour and fairytale romance. These things were a welcome break from some of the heavier reading I have been doing lately. This is a gentle, happy book and a genuine tonic when you need to escape the real world.

Have you read the book? What did you think of it? If you are one of the few people who has yet to read this novel, and you like English literature and humor, don’t put it off any longer. You can find a copy here: Cold Comfort Farm (Penguin Classics Deluxe Edition)

Some of Jen’s favorites: Some of my favorite English authors are the masters of classic literature: Thomas Hardy, Charles Dickens, Jane Austen, The Bronte sisters, and Shakespeare. Among my favorite contemporary English authors are: David Mitchell (love him and he is coming out with a new book at the end of October!!), Jeanette Winterson, Ian McEwan, J.K. Rowling (yes, I love Harry Potter too); Neil Gaiman; and Douglas Adams. I could probably go on for another 20-30 names.

Some of Book Worm’s Favorites: Like Jen I love all the classic novels, I would also add Daniel Defoe to the classics list as Moll Flanders is one of my favourite books and the BBC did a really good adaptation. With regard to modern authors once again I agree with Jen and would add Peter Robinson’s crime series. So many books so little time…

As an aside and a little plug, Book Worm and I both belong to a group over at Shelfari (my favorite book online shelving and discussion service) called Play Book Tag. Each month members will vote on a tag and then read books that match the tag. It’s a great way to read outside your comfort zone. The reason I plug it this month is that the October book tag is England! So check it out if you need ideas. You can find the link here.

We want to hear from you, especially since we can’t possibly capture all the top authors from England. Which are your favorite English authors and why? Which books do you recommend?