The Cellist of Sarajevo by Steven Galloway 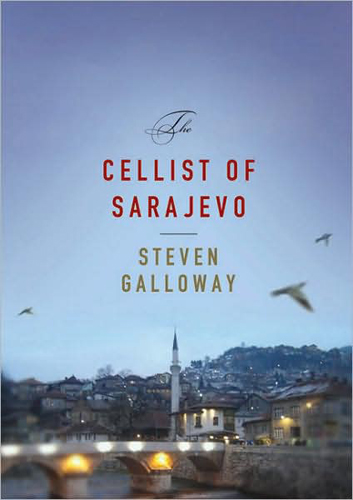 The Cellist of Sarajevo was inspired by events during the siege of Sarajevo in the 1990s. When a mortar round kills twenty-two people waiting in line for bread, a cellist in the symphony orchestra engages in an act of defiance against the perpetrators: he vows to play Albinoni’s Adagio in G minor every day for 22 days to honor the victims. This moment sets the backdrop for a novel in which Galloway weaves the primary stories of three people living in Sarajevo at the time of the siege. Arrow is a woman whose decision to accept an assignment as a sniper killing soldiers starts to change her in numerous ways, questioning her ultimate humanity. Kegan is a young family man whose frequent trips to gather clean water for his family puts him in harm’s way on a regular basis. Degan is an older man with a wife and child who moved to Italy before the city was closed off.  He encounters an old friend who forces him to question his life before the war.
END_OF_DOCUMENT_TOKEN_TO_BE_REPLACED